Here are the full Samsung Galaxy A90 5G specs 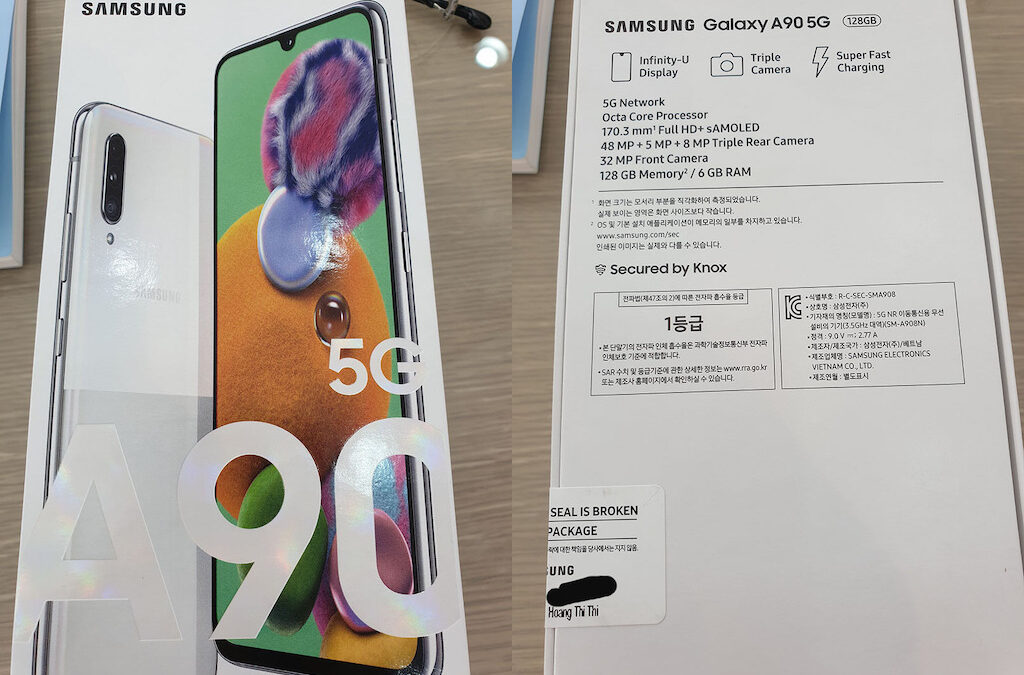 The wait is finally over for Samsung’s first non-flagship 5G smartphone. As the name suggests, the Galaxy A90 5G is that device. Samsung has unveiled the handset today and will start selling it in South Korea starting tomorrow.

With the kind of specs that it has under the hood, this new device seems to be almost encroaching on the flagship tier. One can be sure that the Galaxy A90 5G isn’t going to be cheap by any stretch of the imagination, then again, it’s a 5G smartphone.

You’ll notice the device’s 6.7-inch Full HD+ Super AMOLED Infinity-U display right off the bat. There’s a Qualcomm Snapdragon 855 processor under the hood. Samsung will offer this device with 6GB and 8GB RAM options coupled with 128GB of internal storage and a microSD card slot.

Take a look at the graphic down below to check out the full Galaxy A90 5G specs. It comes with a 4,500mAh battery and 25W Super Fast Charging. Some had expected it to feature 45W charging as the Galaxy Note 10+ but that’s not present on the handset.

Samsung hasn’t said as yet when it’s going to bring this handset to other markets where 5G has gone live. The United States is one of them. The Galaxy A90 5G is first going to be released in South Korea tomorrow. Pricing will be confirmed in the very near future. 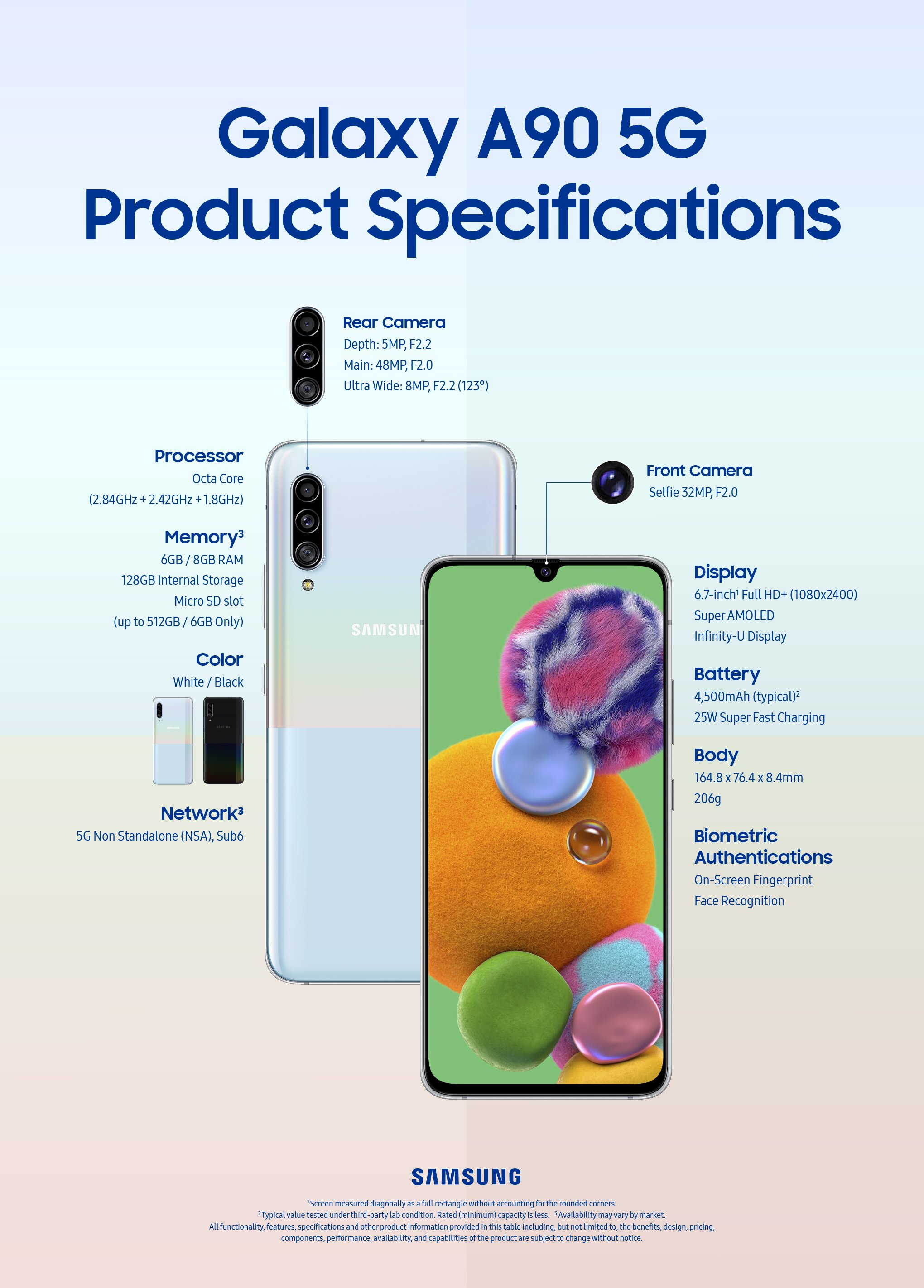 If you’re interested in purchasing a new Samsung smartphone, there’s a chance for you to score a pair of free Galaxy Buds as well. Samsung UK has kicked off a new promotion whereby it’s offering a free pair of the Galaxy Buds with select smartphones. As you would have probably guessed by now, this promotion […]