I was there when Samsung unveiled the Galaxy Z Flip in February 2020 at an event in San Francisco. Despite just being a year and four months ago, it seems like a distant memory, particularly after what unfolded in the months that followed. The world quickly went into lockdown. We had to adapt to a new way of life. All of a sudden we had a new normal and now life before the pandemic feels like a distant memory too.

Samsung molded its entire product strategy around this new normal. Devices that followed later in the year provided features and functionality that supported our work from home duties. They helped us look after our health and fitness at a time when going outside was not an option. They gave us new ways to keep in touch with our loved ones remotely as physical contact was deemed off limits.

The Galaxy Z Flip has been a constant companion through the ups and downs of the past year. It has yet to fail me which is impressive, considering that this is a first-generation product. If I had to choose, these would be the five reasons why I love the Galaxy Z Flip. 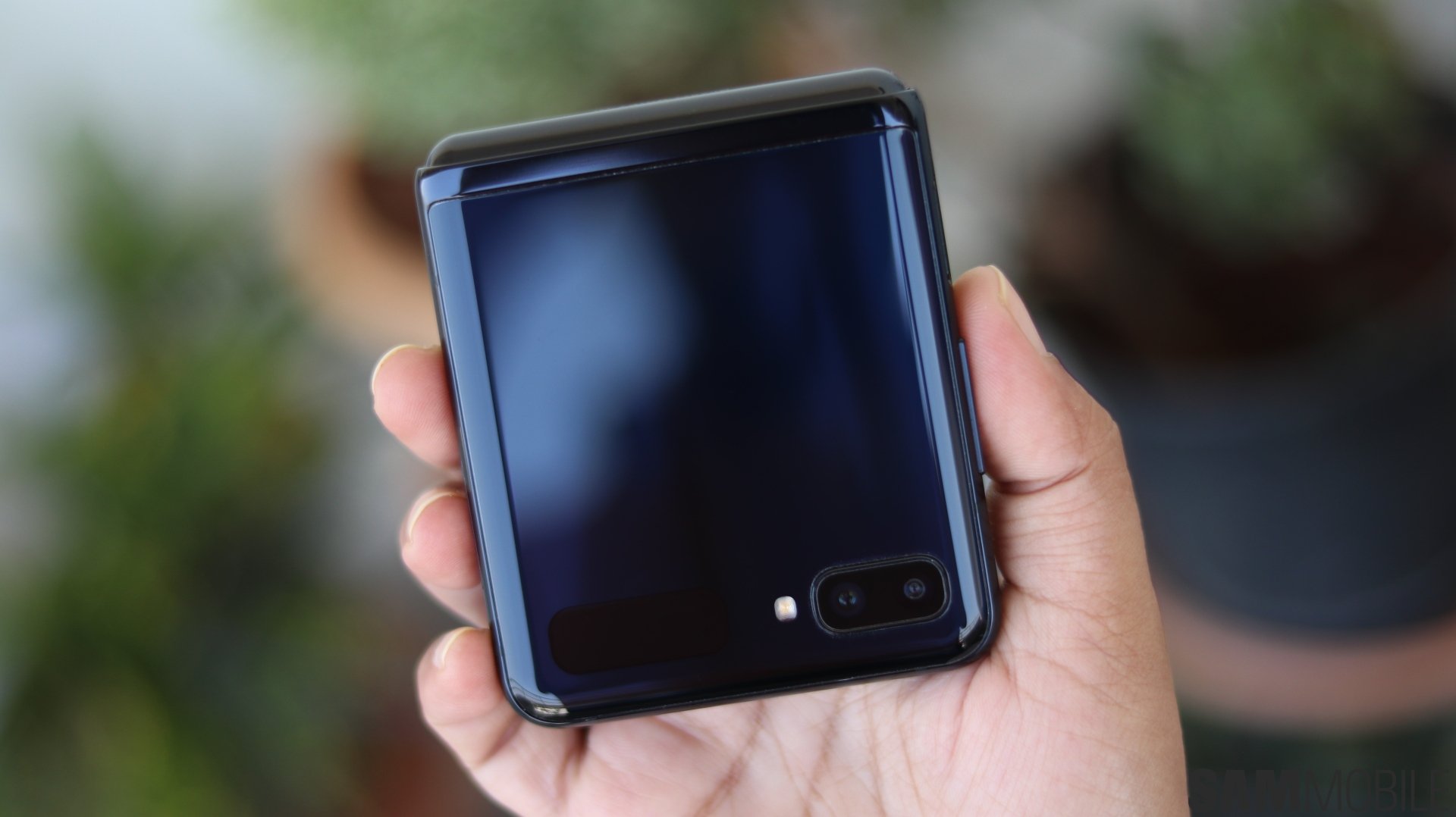 Let’s remove all style from the equation, for now. The Galaxy Z Flip is undoubtedly a very stylish phone. What appeals the most to me, though, is just how compact it is. That’s one of the reasons why the clamshell form factor used to be so big back in the flip phone days. The device’s footprint can literally be halved simply by folding it shut.

That would obviously make it more thick but this has never troubled me. The Galaxy Z Flip fits inside the pocket very easily and as we’ve previously discussed, it even fits inside a ladies’ jeans pocket, something that our team members particularly admire.

After having switched between many Galaxy S and Galaxy Note flagships over the past few years, this feels like a breath of fresh air. It has only made me realize how much I miss compact phones and that shifting from the Galaxy Z Flip is probably going to be impossible for me now.

Durability is one of the biggest concerns that people have with foldable smartphones. It’s completely understandable. The technology is still new and it’s not yet possible to make these devices fully water resistant. So you have a higher chance of wrecking the Galaxy Z Flip compared to the Galaxy S20.

I had faith in the hinge improvements that Samsung introduced with this device and I’m glad to note that it has been rewarded. The hinge is still working as advertised. It hasn’t become flimsy over time and the inherent rigidity that makes Flex Mode possible remains as good as new.

The device has suffered a few drops here and there, mostly when it was folded shut. It has been able to withstand that with no damage to the internals. I’d feel safer if the included case was more durable but there’s plenty of other options on the market to add a bit of protection to the device.

Flex Mode: A feature I never thought I needed 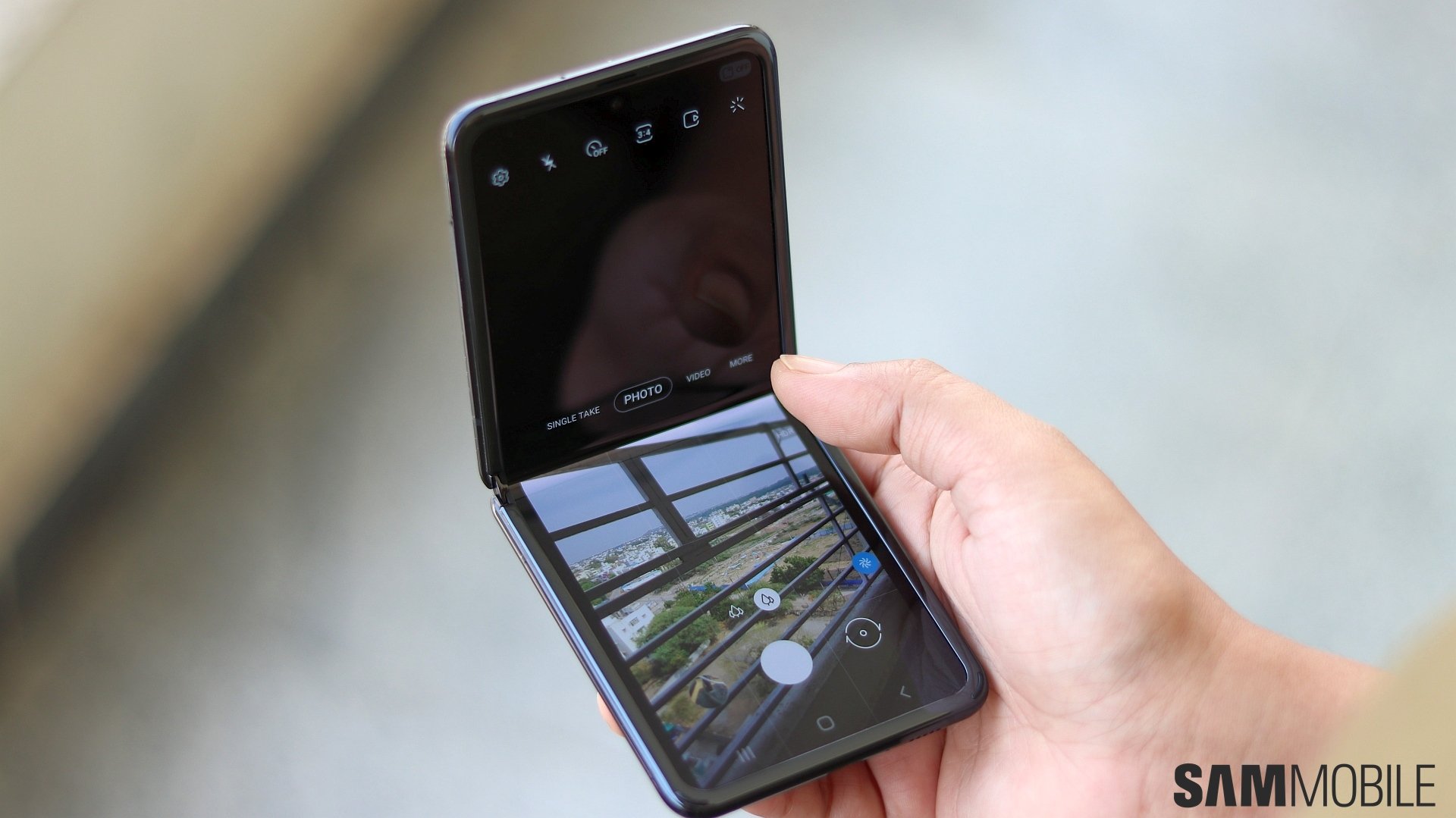 Samsung introduced Flex Mode with the Galaxy Z Flip. It has since made its way to the Galaxy Z Fold 2 and will undoubtedly be present on future foldables as well. Flex Mode is a simple yet genius feature that lets you extract the most out of your foldable smartphone.

The ease with which the Galaxy Z Flip can act like its own tripod really shines through when you’re on a video call. You can just prop the phone on any flat surface and be able to talk on a video call completely hands free. You also don’t have to worry about propping the phone up for watching YouTube while you eat things you shouldn’t really be eating in the dead of the night.

I was also very excited about using Flex Mode for photography. The device doubles as its own tripod and there’s a lot of cool things you accomplish with that. I had some fun with this feature in Barcelona a few weeks after the Galaxy Z Flip was unveiled but couldn’t use it extensively over the following months since I haven’t been able to travel for over a year.

It does wonders for digital wellbeing

I’ve found myself to be more conscious of my interactions with the phone. I’ll actually take a second before unfolding the device to think whether I really need to see what’s going on or if I’m just opening it up because I’m bored and will now waste away half an hour by mindlessly scrolling in some social media app.

I find it harder to resist that temptation with other Galaxy smartphones. I just pick up the phone, unlock it with my fingerprint and before I know it, it’s 3 am in the night and I can’t really explain what I’ve been doing for the fast few hours.

In a year where it has been so important to take a step back, disconnect and try to slow down, the Galaxy Z Flip has done wonders for my digital wellbeing, and so also for my mental health.

Apologies for going all Marie Kondo here but it’s true, the Galaxy Z Flip still sparks joy for me. I keep getting impressed by just how brilliant this device is, how it has exceeded my expectations and how it continues to improve my life.

That’s not a feeling I usually get with smartphones. Due to the very nature of my job, it’s hard to feel any emotion about phones day in and day out, but the Galaxy Z Flip is no ordinary smartphone. I still find myself being pleasantly surprised by it. That really puts the Galaxy Z Flip in a class of its own.

So, dear readers, that’s #HowIFlip. We’re interested in finding out how you feel about your Galaxy Z Flip or Galaxy Z Fold 2, or how you’d use it if you had one. Take part in our challenge and if your answer gets the most votes, you can win a free Galaxy Z Flip and Galaxy Z Fold 2 this month!