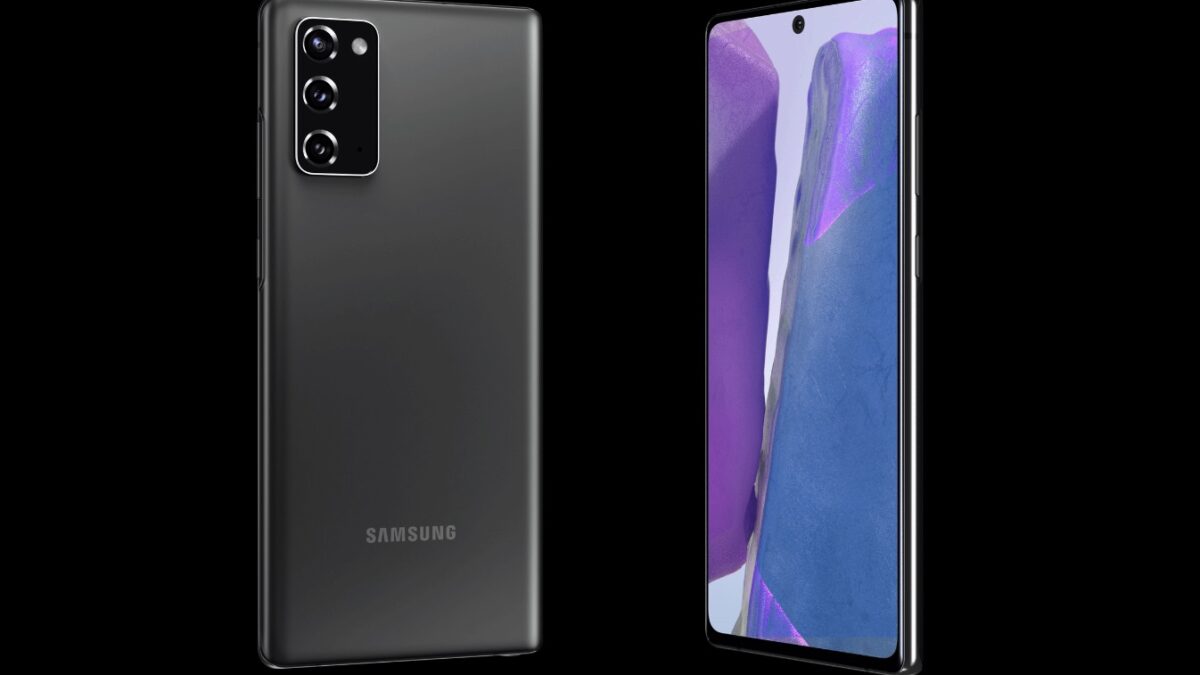 The first real Galaxy Note 20 Ultra renders have leaked a couple of weeks ago, giving us a detailed look at the phone’s exterior design and especially the rear-facing camera setup. Those initial renders were accidentally shared by Samsung itself so they should reflect the flagship’s final design very closely. Now, prominent industry leaker @evleaks has acquired a 360 degree render of the smaller Galaxy Note 20, and the camera differences between it and the Ultra model are more evident than ever.

The 360-degree view of the Galaxy Note 20 also appears to confirm that at least the smaller S Pen flagship will have a flat display. We’ve known about this possibility for about a month now, but it’s still unclear whether this change in design will be adopted solely by the Galaxy Note 20 or by both it and its larger Ultra sibling.

Other design details revealed by the render include an Infinity-O display design with a selfie cutout in the center, similar to the Galaxy Note 10 series. Very early rumors suggested that Samsung may finally introduce in-display selfie cameras with the Galaxy Note 20 series, but the technology is not yet viable for the consumer market so we’re getting an Infinity-O panel instead.

Last but not least, the Galaxy Note 20 carries its physical buttons on the right edge, and we have to admit that the matte finish depicted in this render looks stunning. Check out the 360-degree render below and let us know your thoughts on the Galaxy Note 20’s exterior design.