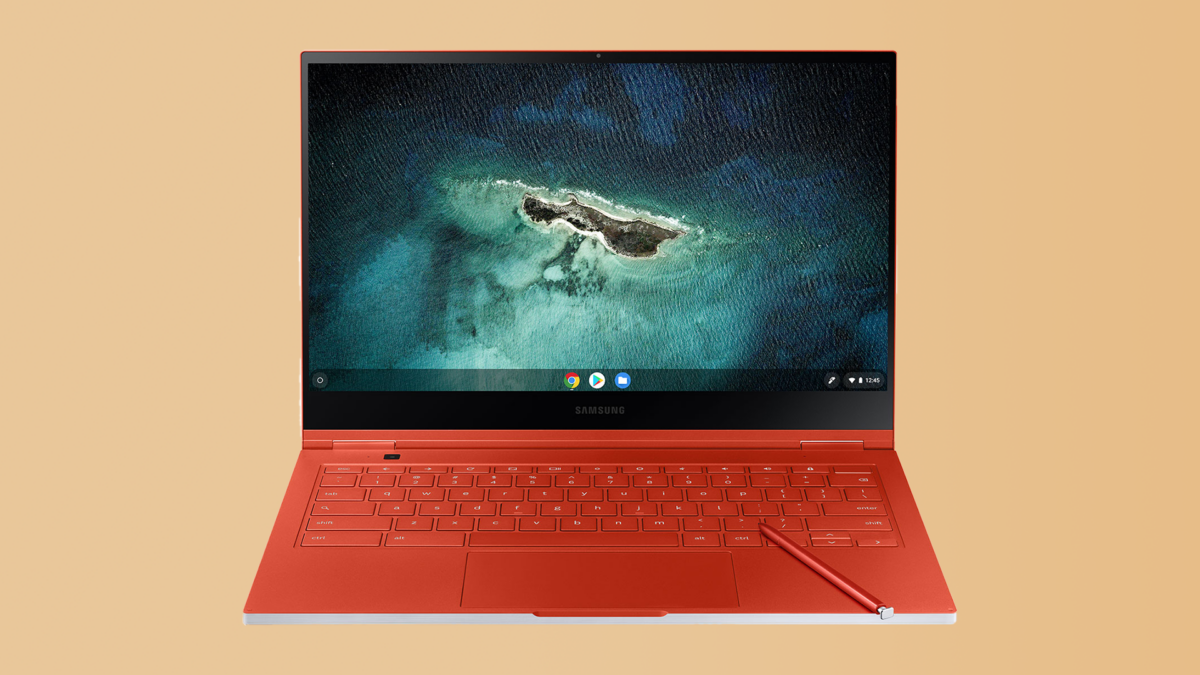 If you use any of Samsung’s Chromebooks, you’ll be happy to know that many new features are coming to your device within the next few days. Google has started rolling out the chromeOS 101 update (yes, not Chrome OS and not ChromeOS) to compatible Chromebooks with new features.

The chromeOS 101 update brings a dark boot screen with the new ‘chromeOS’ branding. Earlier, the boot screen used to be white, blinding users’ eyes if they were in a dark room. That shouldn’t be a problem anymore. Plus, the update brings a left-aligned app launcher that makes the UI easier to use and more sophisticated to look at. It also gets the sort by name and sort by app color feature.

If you don’t see the new app launcher design even after updating your Chromebook to chromeOS 101, you can manually enable the feature via the chrome flag called chrome:flags#productivity-launcher. We are still not a fan of the curved corners for the taskbar. 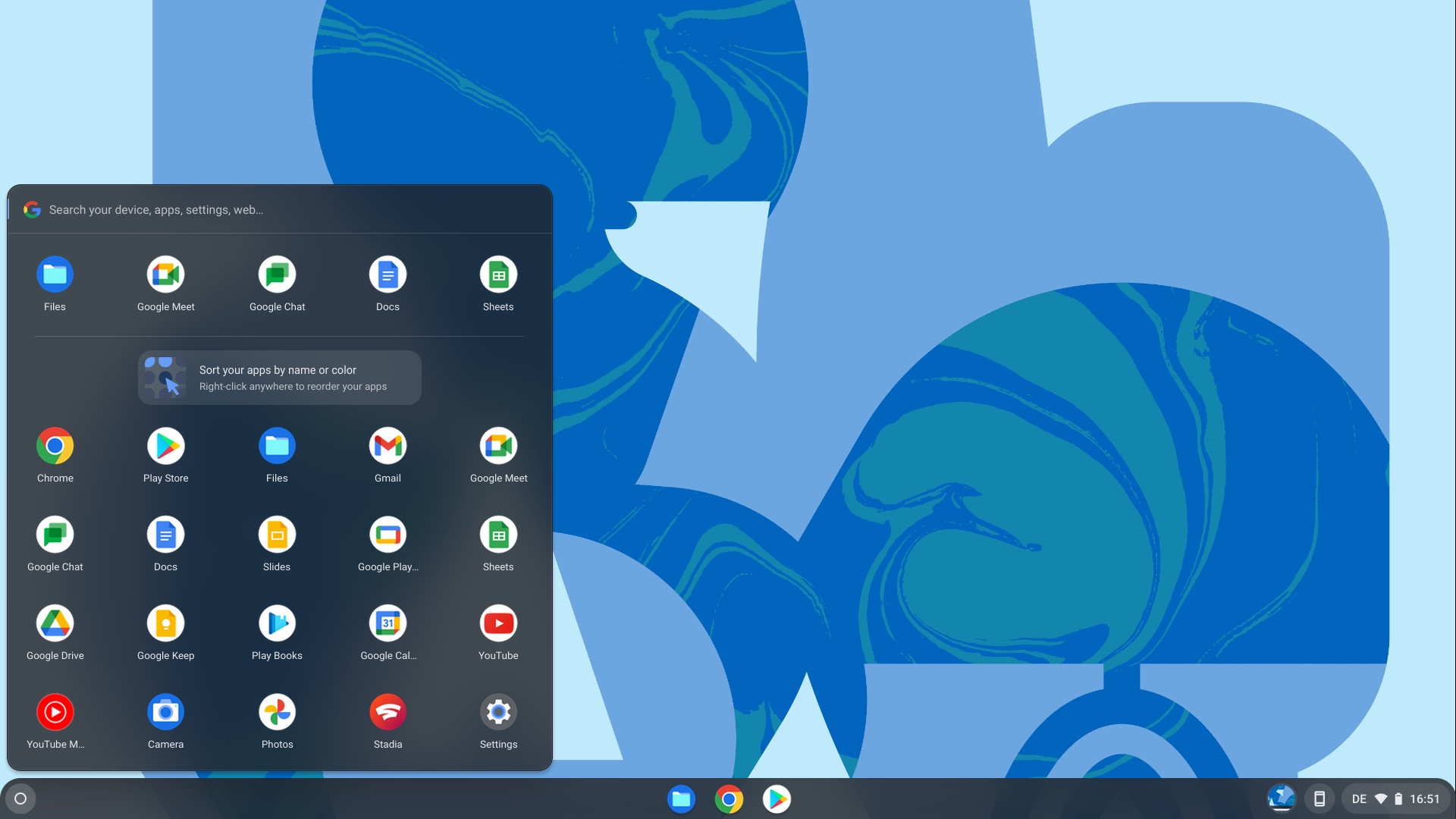 The update also brings network-based recovery. You can install a fresh version of chromeOS directly from the internet. However, this feature is only meant for newer Chromebooks. The update also brings minor UI improvements to the camera app. The Cursive note-taking app is also getting the option to enable or disable pan and zoom. It reduces accidental touches while you’re writing on the touchscreen.

Google also seems to be rolling out new features to the Phone Hub section of Chromebooks. However, this feature is only for those who are trying out the Android 13 Beta 2 update on their phones. Some users have started seeing recently captured images and screenshots from their Android 13 device in the Chromebook’s Phone Hub section. 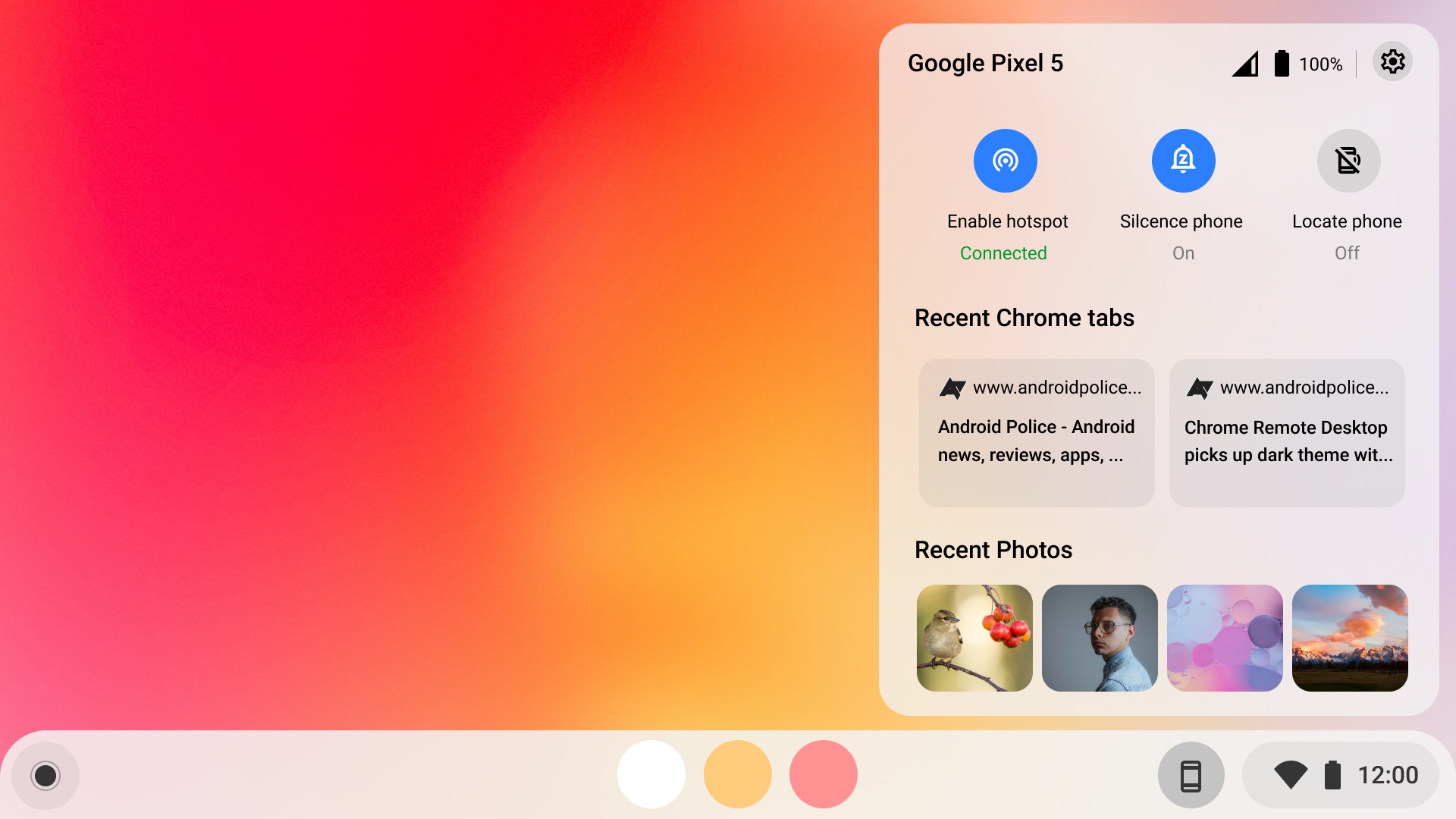 At the Google I/O 2022 event, Google showcased several upcoming features for chromeOS devices. The company announced that users would soon be able to stream messaging apps from their Android phones to their Chromebooks. This means that you can reply to any message received on your phone via a chromeOS laptop.

The internet services giant announced that it would continue to improve multi-device capabilities between Android, chromeOS, Android TV, and Wear OS devices in the future.