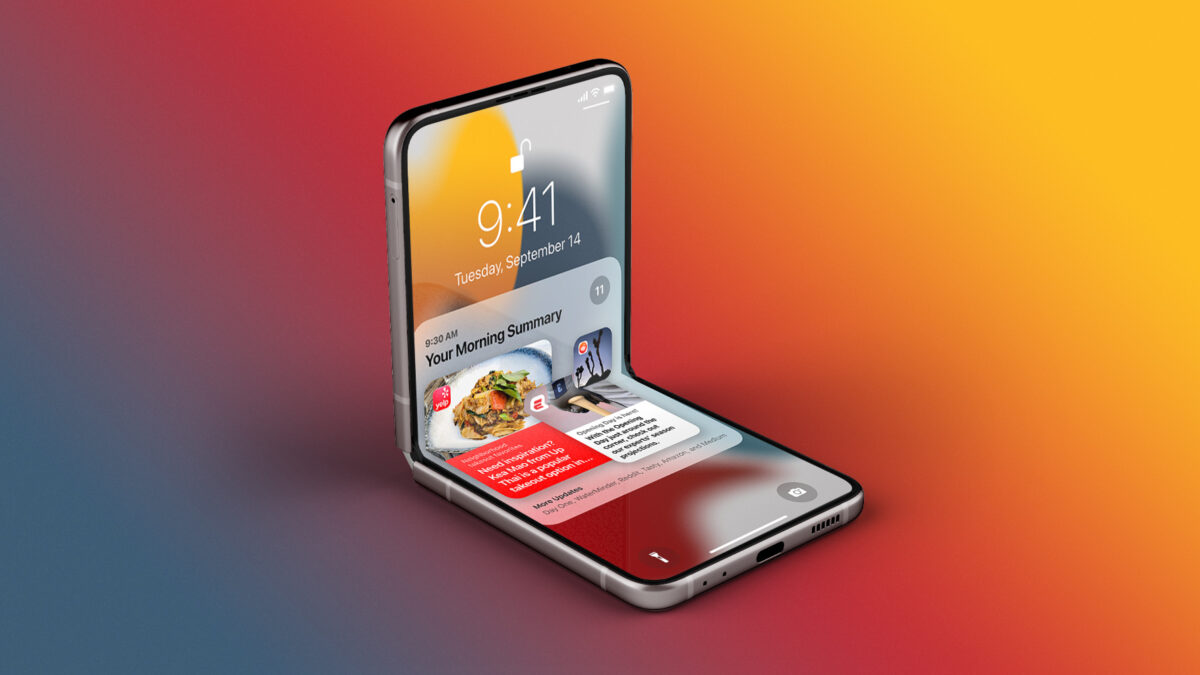 Samsung is the undisputed champion of foldable phones right now, but it will soon face strong competition from Chinese brands. Even Apple is said to be working on various foldable prototypes, and according to a new tweet from Apple analyst Ming-Chi Kuo, Apple could bring a radical change on the display front.

The iPhone maker is reportedly testing a color electronic paper display (EPD) from E Ink to be used as a cover screen in its upcoming foldable phones. Since the color paper display consumes significantly less power than an OLED or LCD display, Kuo suggests that it could become a mainstream solution for cover displays for future foldable devices.

An e-paper display has a low refresh rate, though, and is mostly suitable for static content. So, it would make sense to use this type of display on a device that has a form factor like the Galaxy Z Flip 3. It can show notifications and other important things without consuming too much power. This will be very helpful in extending the battery life of foldable phones with clamshell designs, which are infamous for poor battery life.

Going by the information from Kuo, and the viability of e-ink displays on foldable devices, the most logical explanation is that Apple is working on a foldable clamshell smartphone. If that turns out to be true, future Galaxy Z Flip series phones will be in for a tough competition.

Apple may have been too late in the foldable smartphone game, and its first foldable phone could launch next year. In February, Bloomberg’s Mark Gurman and analyst Ross Young suggested that Apple is working on a 20-inch foldable MacBook/iPad. However, there is no other report on a foldable clamshell smartphone yet.