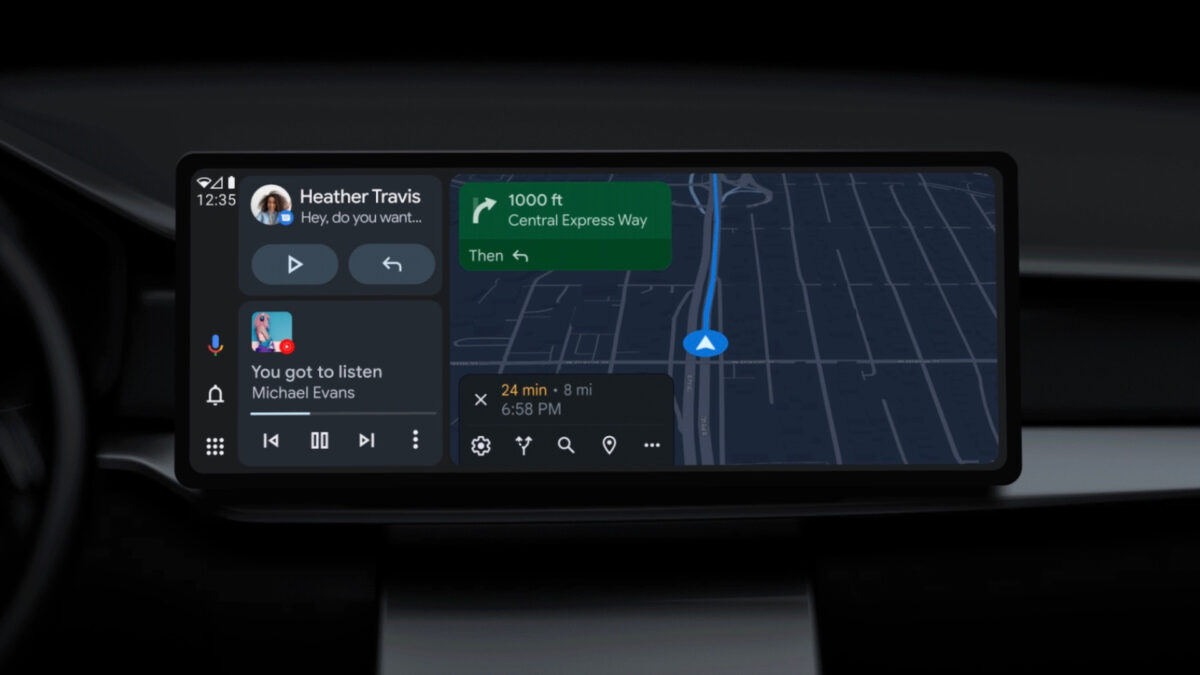 Although Google said that it would release the redesigned Android Auto UI in the summer of 2022, the company is yet to release it. The new UI brings responsive design to widgets, other UI elements, and a slightly newer design language. Another feature that is a part of the update is related to music players.

A Redditor who activated the new Android Auto UI design (codenamed ‘Coolwalk’) by rooting their phone posted a few images of their infotainment unit. The new UI displays larger cards/widgets for music players. This style of card was not showcased by Google during the announcement. It seems to be active only for Spotify right now but could expand to more services in the future.

It shows bigger album art, controls for music playback, track info, and a second page for displaying recommended playlists as per your listening history. The second page can be accessed by swiping to the left, and it even displays an option to shuffle songs in the current list.