Android 14 may change the sharing menu in Samsung’s One UI 6.0 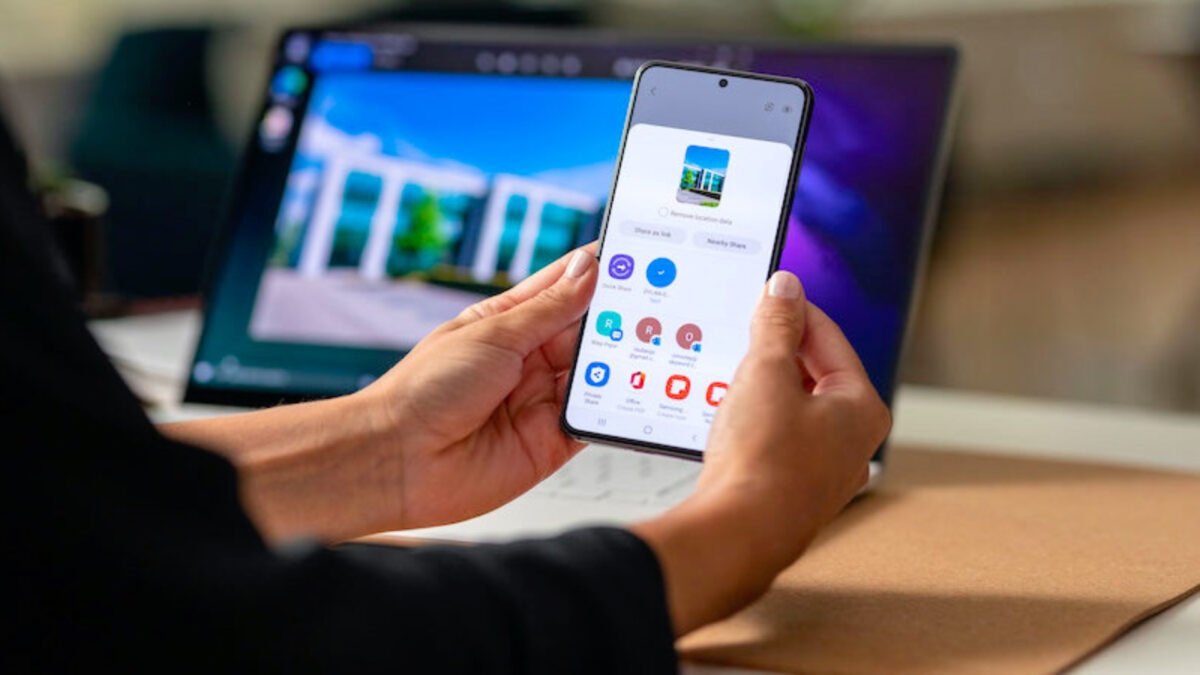 Your Galaxy smartphone’s sharing menu in One UI may get a new design later this year. Google is showing signs that it might want to change its design approach to this Android OS feature, but what it will mean for Samsung smartphone users is up for debate.

Evidence found by Mishal Rahman in Android 13 shows that Google has developed an experimental new share menu for its mobile operating system. Although it functions the same way as the current sharing tool, the main difference is that it’s a Project Mainline module.

This means the sharing menu in future versions of Android OS could gain the ability to be updated independently of the operating system and could potentially receive changes through Google Play System updates. But what could this mean for Samsung and One UI?

Android 14 may be the first to change the share menu

As noted by Android Police, Google has more control over system components that receive updates through Play Services, which could mean that future versions of the sharing menu in Android OS will become more similar across different phone brands.

Or you could say that Samsung (and other OEMs) might lose some control over creating custom overlays for the sharing menu in One UI (and other custom launchers). The sharing element could gain a more consistent design across all Android phones as it becomes a Mainline component.

As to when this feature could change, Android 14 is likely the earliest OS build that may push the sharing menu onto Play Services. However, keep in mind that this speculation is based on an experimental feature found in Android 13, so there’s no guarantee that it will become a real thing with Android 14.

We’ll have to wait and see how the first beta builds for Android 14 shape up to get an idea of the direction in which Google will want to push the sharing menu next. Nevertheless, there is a possibility that One UI 6.0, likely to be released later this year, will have a different sharing menu than what we got with version 5.0.