Samsung has long been working on a premium Bixby-powered smart speaker, the Galaxy Home. The device was showed off at the Galaxy Note 9 launch event last year. However, it’s still a “coming soon” product, with Samsung keeping mum about any semblance of a release date. In the meantime, the Galaxy Home Mini, which we exclusively revealed last December, seems to be nearing launch. The “AI speaker” has just been certified by the Bluetooth SIG and the Wi-Fi Alliance.

Samsung’s Galaxy Home Mini, bearing the model number SM-V310, has just passed the Bluetooth SIG certification process. While the listing does not reveal anything about the upcoming Bixby speaker, it does confirm that the speaker will work on Bluetooth v4.2. The Bluetooth certification comes a week after the device was certified by the Wi-Fi Alliance, revealing Tizen 4.0 and support for 2.4GHz Wi-Fi on-board. Of course, with the Galaxy Home still not released, the Galaxy Home Mini may not come out anytime soon, either, despite picking up two important certifications.

When Samsung’s smart speakers do get released, they will be competing against the likes of the Google Home and Amazon Echo. These devices have been in the market for quite a long time now and come with far more refined digital assistants — Google Assistant in the former and Amazon Alexa in the latter. While Bixby has grown a lot over the last year or so, Samsung clearly needs to offer a compelling reason for buyers to switch to its digital assistant. It also needs to bring back some of the functionality Bixby lost in its first major update, and we hope that’s what the company is working on. 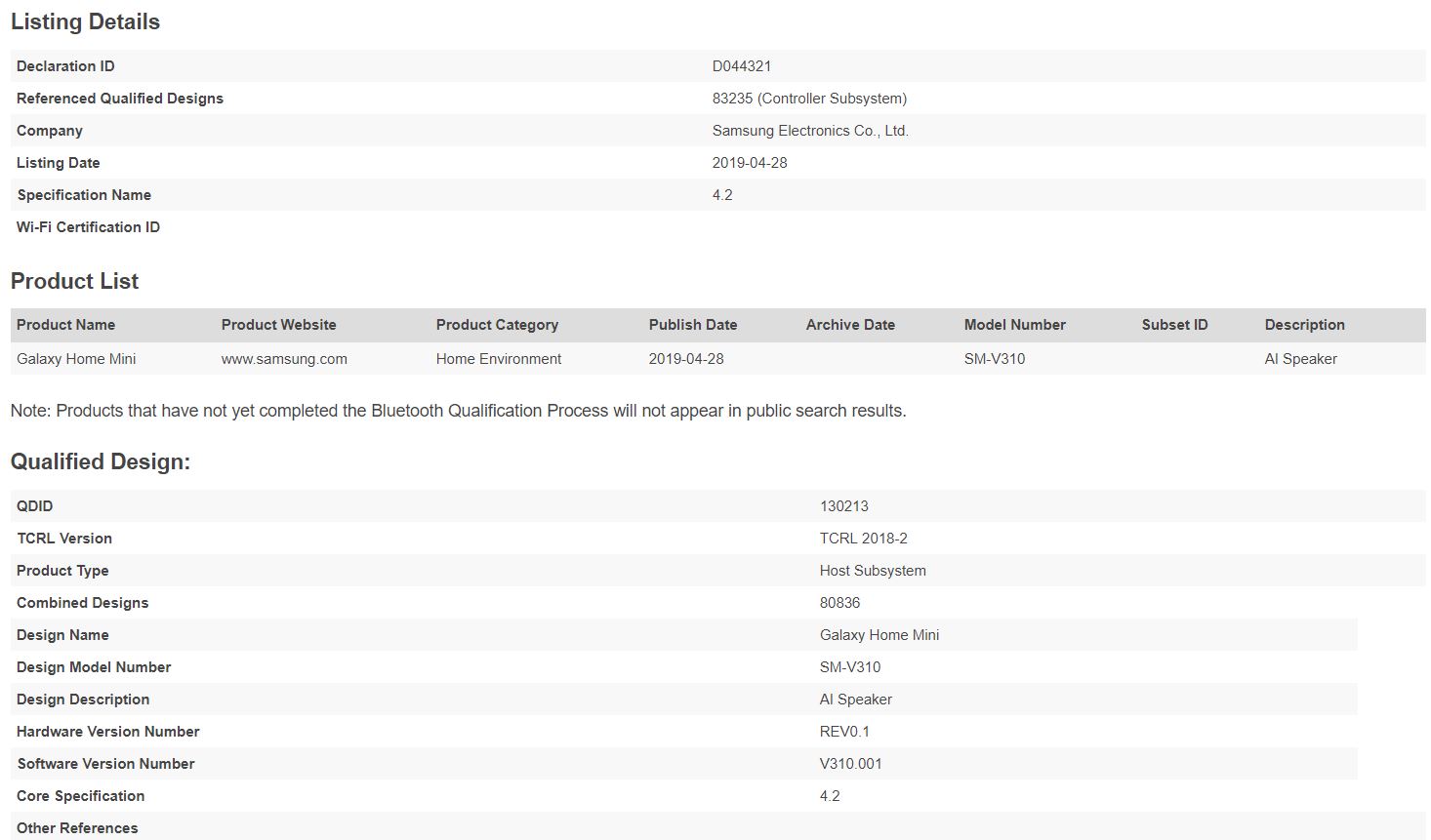