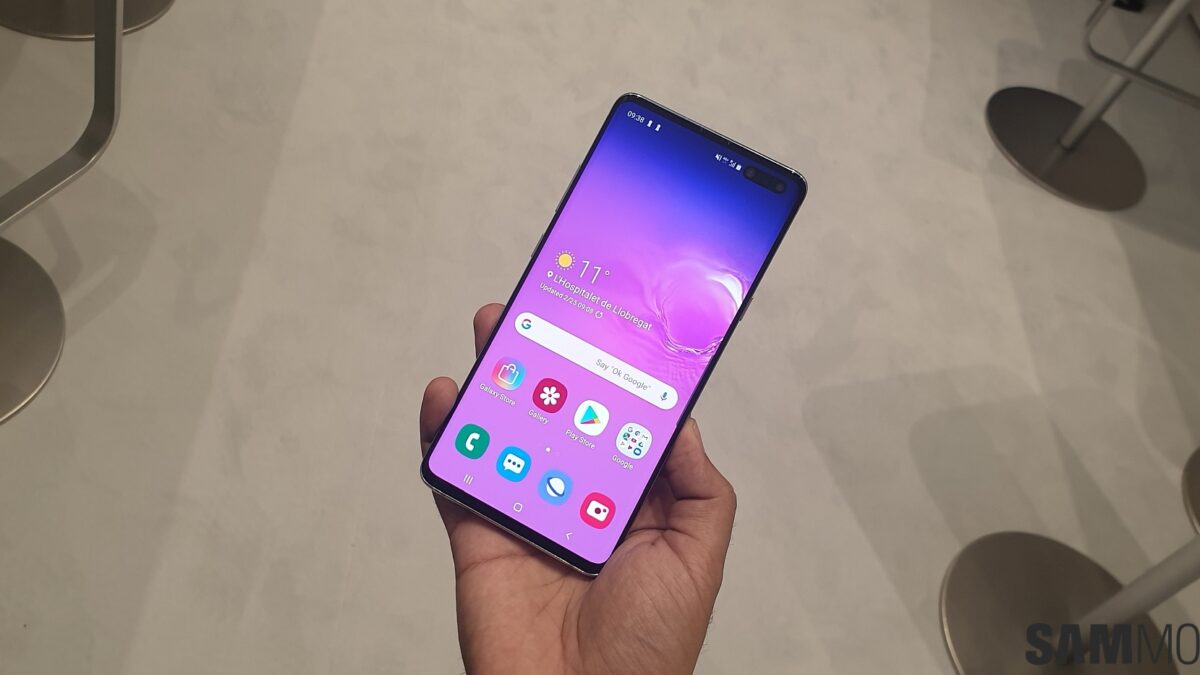 The Galaxy S10 5G is a step up from the Galaxy S10+ in more than one aspect, one of which is in the customization department. That’s because Samsung has bundled a number of additional backgrounds on the handset, as well as the standard collection found on the Galaxy S10 and Galaxy S10+ — and they’re all rather attractive, so much so we’re using a couple over here at SamMobile HQ.

You can take a peek at them below. They’ve been extracted from the device’s firmware, so you can rest assured that they’re exactly what comes pre-loaded on the Galaxy S10 5G. We haven’t scaled them or altered them in any way. They’re exactly as Samsung intended, in their rawest form. To save one, simply open up this page on your PC, then right-click on it and press Save Image As.

So what are the other differences between the Galaxy S10 5G and the Galaxy S10+? For starters, the former has a larger 6.7-inch screen, versus the 6.4-inch one on the latter; a quad-camera setup, instead of a tri-camera; and a bigger 4500mAh cell, rivalling the 4100mAh one on the Galaxy S10+. It also has 4GB more RAM and comes with 256GB of storage in its most basic form.