10 years of Samsung Galaxy S flagships: Looking back at the first Galaxy S! 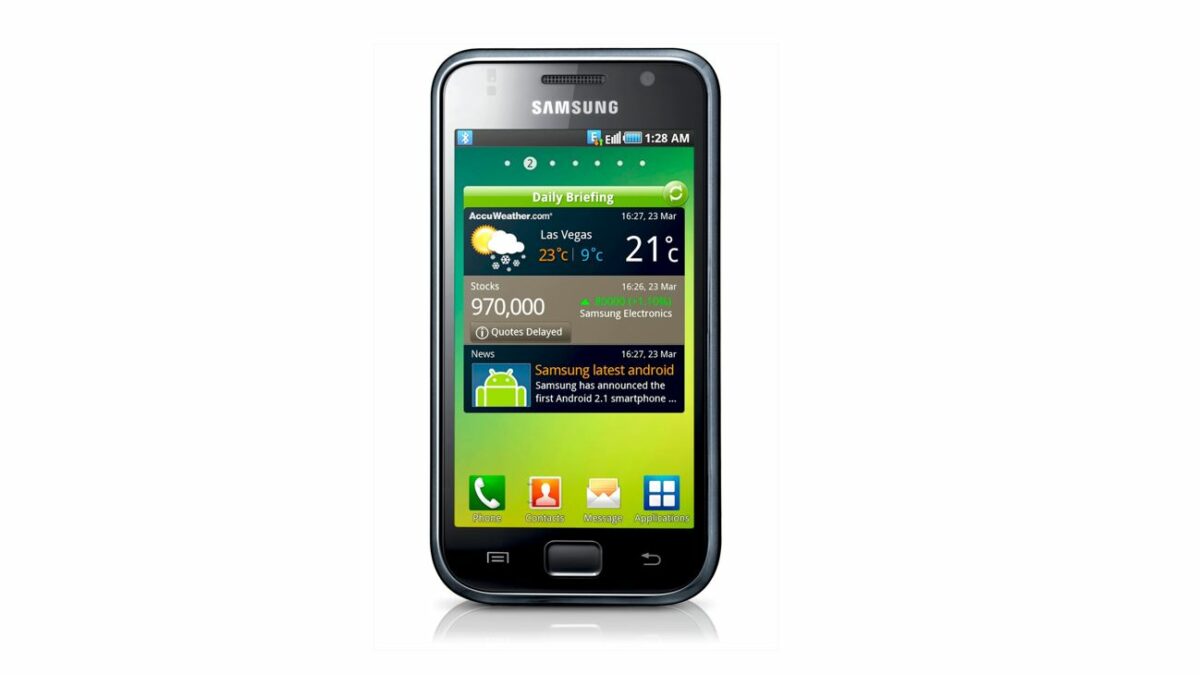 All eyes are on Samsung at the moment, as the Korean giant prepares to dazzle the world with the Galaxy S10 in San Francisco on February 20. As the tenth-anniversary edition of Samsung’s popular Galaxy S line of flagships, the Galaxy S10 has to fulfill a lot of expectations, and the company’s mobile chief has said that the company is hoping the S10 will do just that. And as we count down the days to the Galaxy S10 Unpacked event, we wanted to look back on each of the nine Galaxy S flagships that have come before in our 10 years of Samsung Galaxy S flagship series.

In this series, we’ll be talking about our memories and experience with each of those Galaxy S phones. Today, we’re looking back at the original Galaxy S that launched in March of 2010. The Galaxy S was an important device that kickstarted Samsung’s long journey as the king of the Android smartphone market. It was one of the most powerful smartphones at the time and the Super AMOLED display on the Galaxy S was considerably more attractive than anything else on the market. While detractors criticized the over-the-top colors, that display was perhaps the major reason why consumers bought the phone in droves.

So what do we here at SamMobile remember about the Galaxy S? Read on to find out, then let us know your memories and experience with the device down in the comments.

The Galaxy S was my first Android phone from Samsung. I had moved from the Samsung Omnia II, a Windows Mobile phone. The Galaxy S turned my interest in Samsung smartphones into a full-time gig. Samsung-firmwares.com was the first website on the internet that published an Android 2.3.6 Gingerbread firmware for the Galaxy S. We ultimately had to change our website’s name to Samfirmware and then to SamMobile since Samsung didn’t like the fact that we had the company’s name in our domain, but hey, look at us now!

The Galaxy S was my second Samsung Android phone (I had the Galaxy Apollo I5800 for a few months before I moved to the Galaxy S) and sparked my interest in custom ROMs. I was part of the team for two of the most popular Galaxy S custom ROMs: Darky and ROM Kitchen. I used to write installation guides for them on XDA, which ultimately introduced me to blogging and then, in 2013, I found my way to SamMobile.

The Galaxy S was an amazing phone for me, as I had never owned anything close to a flagship phone before. With custom ROMs and hacks for things such as the phone’s audio, it became much better than what Samsung was offering out of the box. But all that flashing and wiping took a toll on my Galaxy S. In the final days before I sold it off, I remember the phone had learned a few odd tricks, like being able to stay on without the battery as long as the charger was connected to the USB port.

The very first Galaxy S brings back good memories. I remember seeing a poster at a bus stop on the way home and thinking “I simply have to have that phone,” so I bought the phone at the very first store that had it. I thought it was an amazing phone when I unboxed it, but I thought I should check if there’s new software available for it online before I start using it. That’s how I stumbled upon Samsung-firmwares.com. My first attempt to flash the new firmware failed and that almost brought me to tears. But a second attempt was successful, and then I saw the owner of the site (Danny) was trying to find someone to help him out, so I went ahead and applied. I didn’t hear back so I just started stalking the dude, and that’s how history was written!

The Galaxy S was the phone I had most fun with customizing, especially with stuff developed by a developer called Supercurio. That man was and is still awesome, and his greatest contribution was Voodoo Sound, which turned the phone into one hell of an MP3 player by better tuning the Wolfson DAC inside the phone than Samsung had managed. In fact, I was using the Galaxy S for music even after purchasing the Galaxy S II until it was stolen from me on my first trip to Mobile World Congress. That sure made me shed some tears. Figurative ones, but you get the gist.