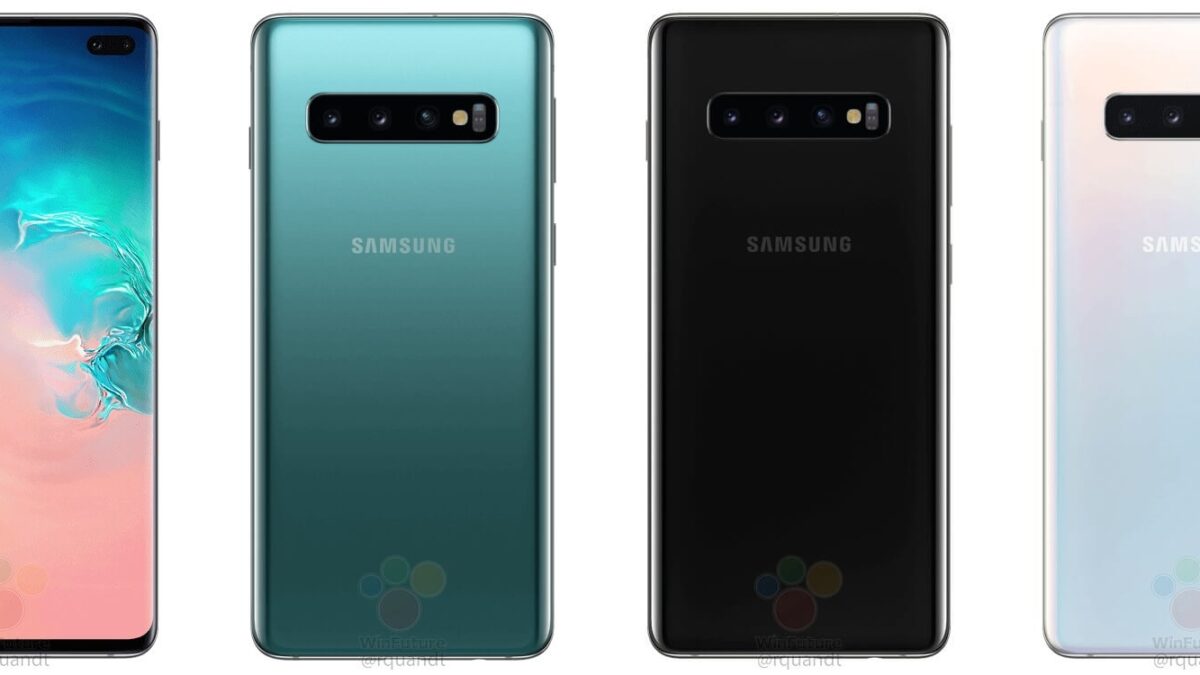 February is just kicking off (and already has in some parts of the world), and the start of the month has brought us what could be the first official press renders of the Galaxy S10 and Galaxy S10+. The usually reliable folks over at WinFuture.de have published renders of the Galaxy S10 and S10+ in white, black, and green. These are said to be the launch colors for European markets, with blue possibly following at a later date.

White and green are two colors that will be making a comeback with the Galaxy S10, and these renders show us how the gradient paint job will look. The white one seems to have a slight hue of blue and green mixed in, but the green variant simply goes from a lighter shade to a darker one from top to bottom. Of course, it’s possible we’re not getting a 100 percent accurate look here, but since these are said to be official renders, it’s possible these are what the actual devices will look like. 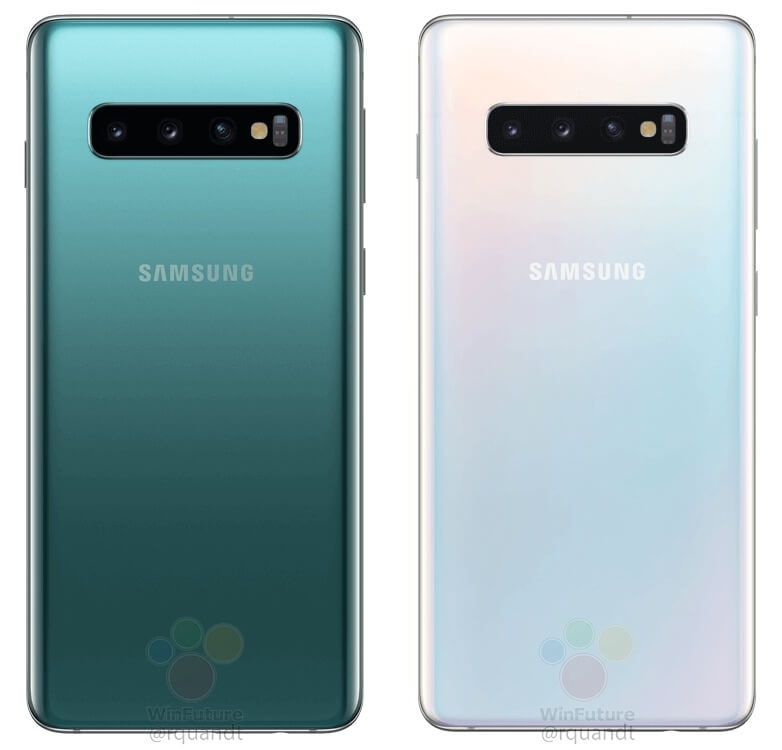 The renders also confirm that both the 6.1-inch S10 and 6.4-inch S10+ will have a triple rear camera setup; the S10+ gets dual front cameras while the S10 gets only one. They also show that the bottom bezel will be larger than the top bezels, and the lack of a fingerprint sensor in these images is more evidence that there’s an in-display fingerprint sensor on these phones. The entry-level Galaxy S10 Lite will get a side-mounted fingerprint sensor. The S10 Lite is also going to get a yellow color option in some markets, but renders of that device aren’t included in this particular leak. 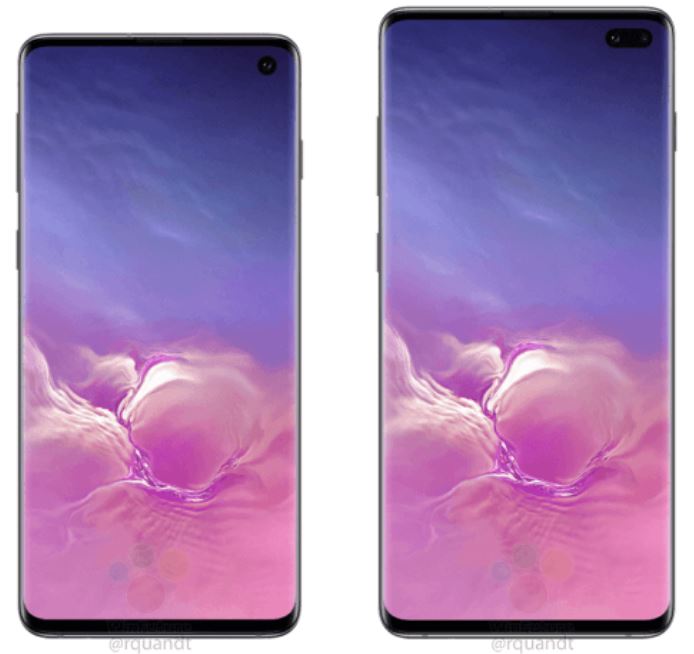