Samsung may stick to using the Lite moniker for the entry-level Galaxy S10, according to a new report. It was recently suggested by retailer Mobile Fun that the base model would be called Galaxy S10 E and not Galaxy S10 Lite, but the folks over at CompareRaja cite their source as saying that Samsung is going to use the latter for the retail device.

Lite vs E: The former sounds better for a flat-screen device

To be fair, Lite would make more sense. If rumors of the 5.8-inch entry-level Galaxy S10 having a flat display are true, many might equate the E in Galaxy S10 E with the word economy instead of Edge, and that’s not something Samsung would want. The report also reiterates claims that the S10 Lite will miss on an in-display fingerprint sensor, making one wonder just what kind of security features the base model will offer. An iris sensor isn’t going to be there thanks to the lower bezels, and despite some hints in Samsung’s Android Pie firmware, it’s still a bit doubtful that the Galaxy S10 will get 3D facial recognition. 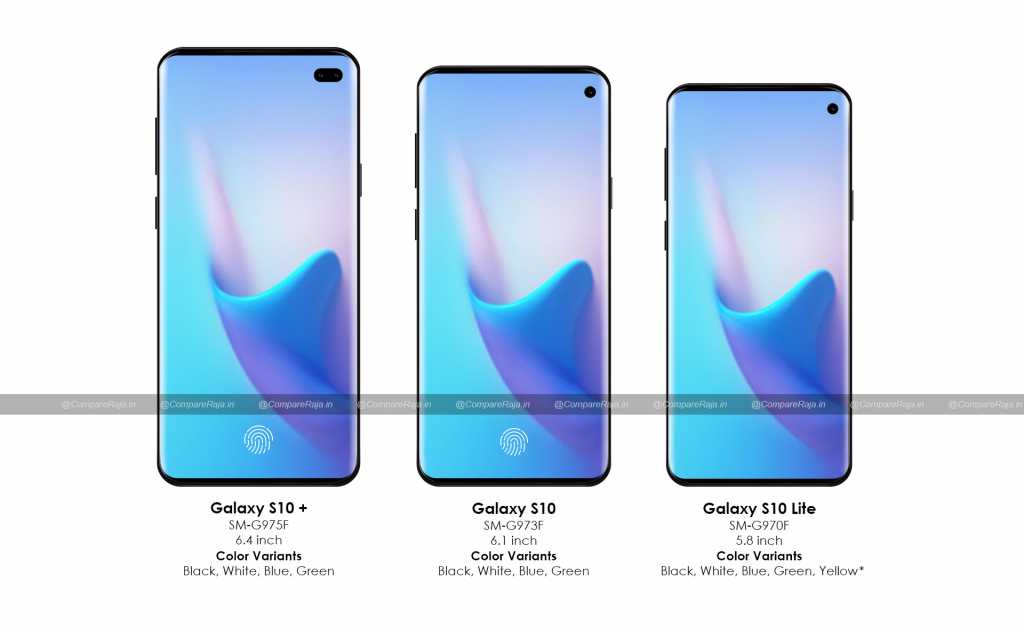 The other details mentioned in the report seem to echo what has been leaked in recent weeks, such as the fact that only the Lite model will be offered in yellow, something we exclusively revealed last month, and the battery sizes for the three variants. It should only be a matter of time before we get to see how much of the leaks and rumors is true, as we’re just a little over a month away from the official Galaxy S10 launch.

Would you prefer Galaxy E or Galaxy S10 Lite for the entry-level Galaxy S10, or something else entirely?