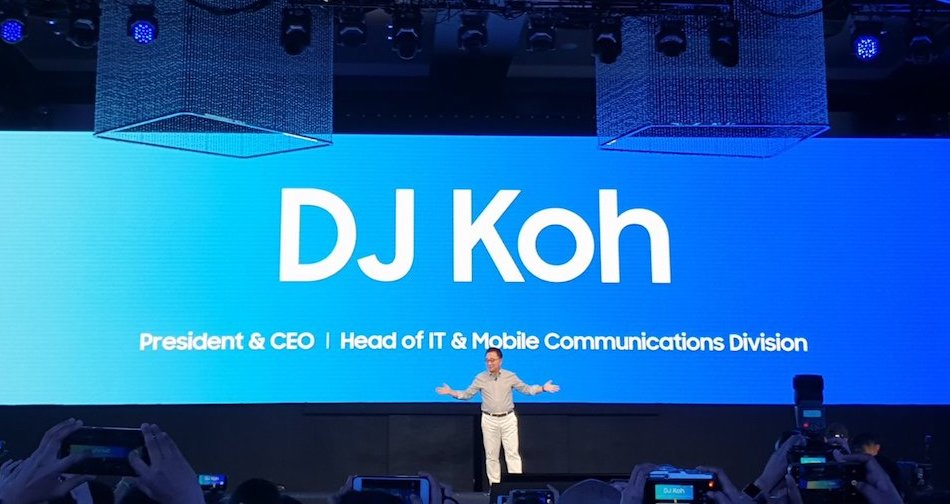 Even as Samsung continues to post impressive earnings quarter after quarter, the company’s smartphone business remains a cause of worry. Cut-throat competition from Chinese brands and Apple’s continued domination in the premium segment has left Samsung struggling to retain its market share and profits.

The company has undertaken many measures in the recent past to address the challenges in the smartphone market, but the results have been a let-down so far. Though the company has launched some excellent products this year, they failed to change Samsung’s declining fortunes in the smartphone market. According to a report in The Korea Herald, DJ Koh, CEO of Samsung Electronics’ mobile division, is now hoping the upcoming launch of the Galaxy S10 and the foldable phone will turnaround the company’s smartphone business.

All hopes on the Galaxy S10 and the foldable smartphone

The report quotes an internal corporate message from DJ Koh as saying, (he felt) “sorry about the currently struggling status of the Samsung smartphone business and will do my best to overcome the crisis with the upcoming Galaxy 10 and foldable phones.”  The message comes amidst rumours of year-end organisational restructuring posing a possible threat to his position.

The report also says that Samsung’s Vice Chairman, Lee Jae-yong, reportedly criticised Koh over the competitiveness of the company’s smartphones after a trip to a shop in Europe. While some insiders see these comments as a sign of growing worry about the company’s smartphone business and DJ Koh’s leadership, others mentioned in the report say the comments shouldn’t be overanalysed and blown-out of proportion.

Though we don’t know the exact date for the launch of the Galaxy S10 and the foldable phone yet, based on all the hints and previous launches, we can expect them to hit the market before the end of the first quarter next year. However, to fully analyse their impact on Samsung’s smartphone business, we may have to wait for the company’s Q2 earnings next year.