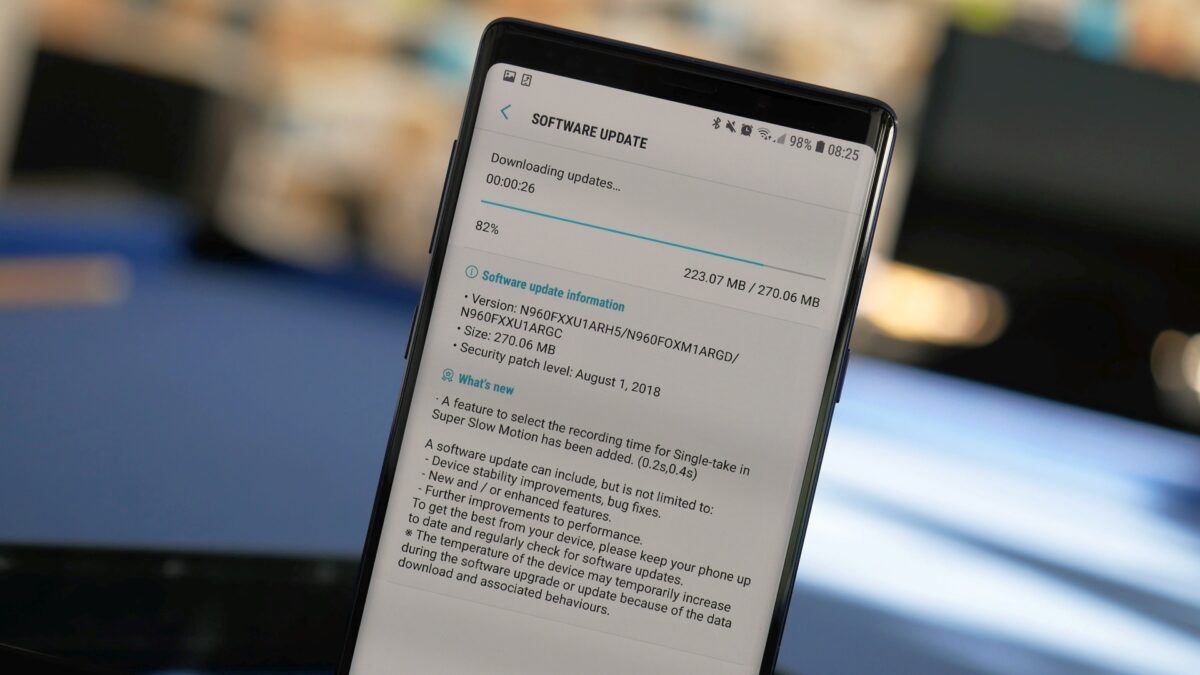 Samsung has just released the first Galaxy Note 9 software update, ahead of the phone’s retail release next week (August 24). The update adds a toggle in the Super Slow-mo camera mode to allow users to record either 0.2-second or 0.4-second moments in manual mode. The same feature was introduced on the Galaxy S9 with a recent update, following another update that had restricted manual mode to recording only 0.4-second videos at 480 frames per second.

The Galaxy Note 9 (and the S9 and S9+) can now record 0.2-second and 0.4-second moments in manual mode, although it seems the latter is still recorded at 480 fps and not 960 fps. The update comes with software version N960FXXU1ARH5 and includes the August 2018 security patch. Galaxy Note 9 buyers will have the update waiting to be downloaded once they start using the phone. If you somehow already have one in your possession, you can try downloading the update by going into the Software update menu in the phone’s Settings app.