The Galaxy A6 has been in the works for a release in the United States for some time. Word initially got out that the handset would be launched by AT&T, but we were later able to exclusively confirm that Sprint will be launching the A6 as well. A precise release date or time frame for either carrier is still a mystery, but freshly received Wi-Fi certifications for the AT&T (SM-A600A) and Sprint Galaxy A6 (SM-A600P) models hint at an imminent arrival.

Galaxy A6 US launch imminent

Of course, Wi-Fi certifications don’t usually offer the correct estimate for how soon an upcoming phone would launch. But it does tell us that the wheels are in motion and the phone could be made official for the aforementioned US carriers soon. It remains to be seen which carrier will release it first, though it’s possible both will announce availability around the same time. The specs of the device aren’t expected to change compared to the global model.

What would be interesting to see is the pricing. Samsung doesn’t usually launch A series phones in the US, so there’s not a lot of history to go on as far as estimating the prices is concerned. The Galaxy A6 is a rather costly proposition (read our Galaxy A6 review here) for what it offers, so AT&T and Sprint would do well to offer the phone at a sensible price, especially to those who prefer buying their phones outright instead of opting for monthly plans. 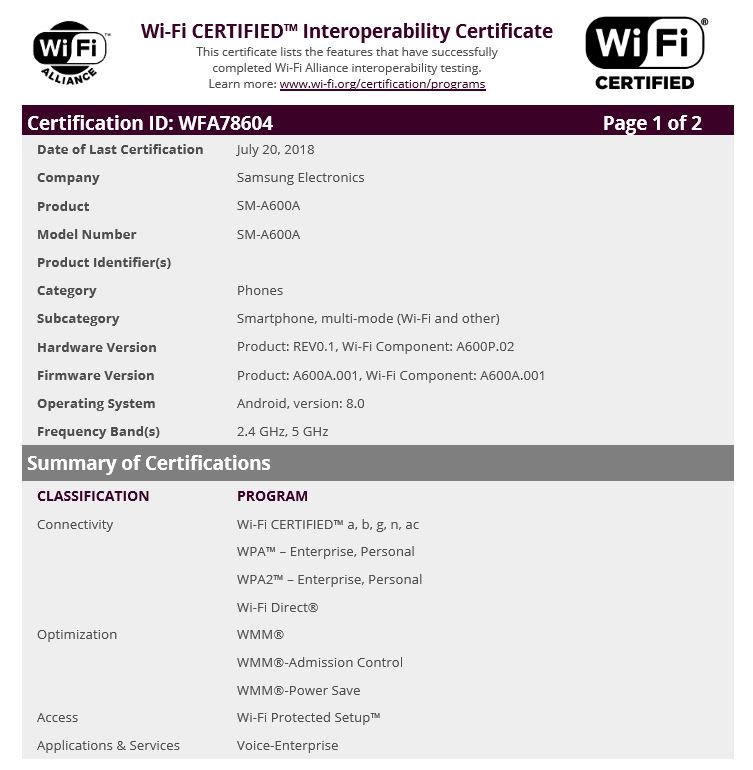 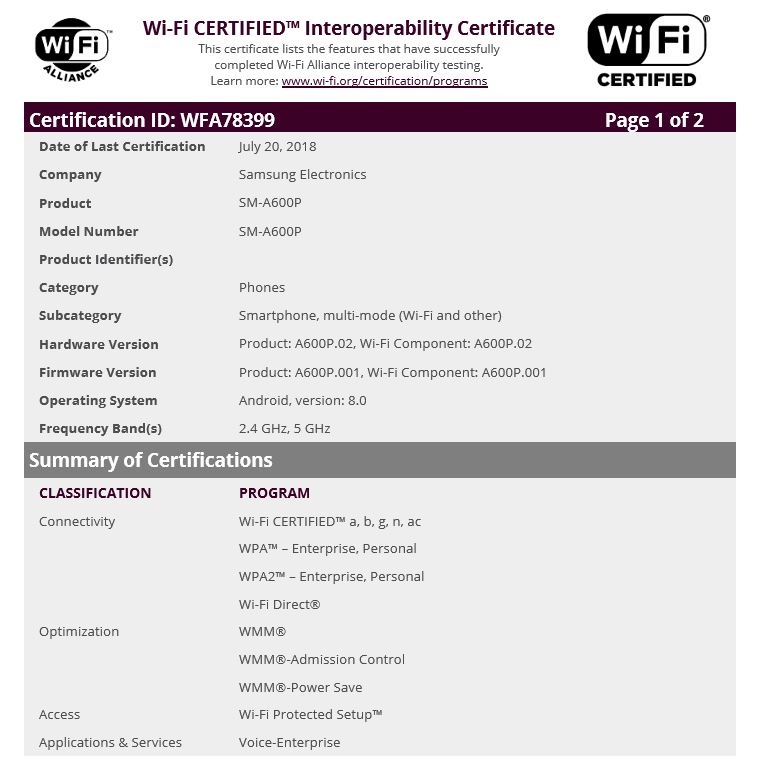 More news »
Galaxy S20 series gets latest camera update on T-Mobile and Sprint By Abhijeet M.|1 week ago
Galaxy S10 5G getting May 2020 security patch on Verizon, Sprint By Dominik B.|3 weeks ago
Galaxy A6 (2018) gets Android 10 firmware update at Sprint, Virgin Mobile By Mihai M.|3 weeks ago
USA residents can now buy the Galaxy A51 from AT&T By Mihai M.|1 month ago
SamMobile Shop
Opinions More »
Features we’d like to see from the Galaxy Tab S7/S7+ flagship tablets
1 day ago