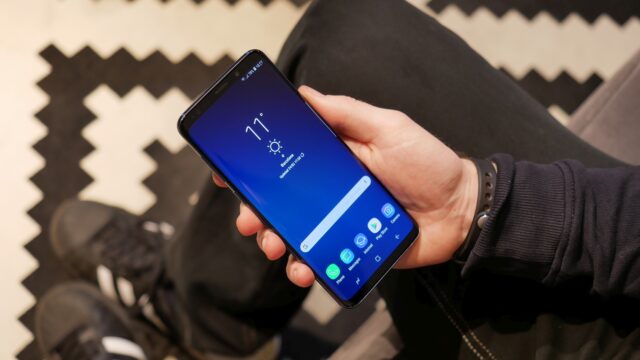 Samsung’s software update team seems to be firing on all cylinders this month. The company has released two Galaxy Note 8 updates in quick succession within the last week or so, and it looks like it is also releasing a second update for the Galaxy S9 and Galaxy S9+ in some markets. The key word here is some, as many Galaxy S9 users are likely to directly receive this second Galaxy S9 update in other countries. The update brings the June 2018 security patch and increases device stability, but those aren’t the main attractions.

‘Hey Google, is there an update available for my Galaxy S9?’

The latest Galaxy S9 update adds support for waking up Google Assistant by saying ‘Hey Google’. The Google app has responded to the ‘Ok Google’ command since its inception, and the internet giant initially added ‘Hey Google’ as a hotword to its Google Home smart speaker. Google then brought support for the new hotword to Android smartphones at the end of last year. Now, Galaxy S9 and Galaxy S9+ users can also wake up the Google app by saying ‘Hey Google’ (and no, it won’t actually be able to check for updates on your phone, despite what the heading says above).

To be able to use the ‘Hey Google’ hotword, you will need to go through the process of adding your voice to the Google app again. To do so, open the Google app on your phone, tap the icon with the three horizontal lines at the bottom right of the screen, then tap Settings. Here, tap Voice, then tap Voice Match. Then tap Retrain voice model. The app will then ask you to say ‘Ok Google’ and ‘Hey Google’ a couple of times to register your voice. Once that is done, you will be able to wake up the Google app by saying either of the two commands.