Samsung has announced that it’s teamed up with TaylorMade, an American golf company, to bring a specially-designed version of its myRoundPro statistical analysis platform to the Gear Fit2 Pro, Gear S3 classic and Gear S3 frontier. The application, which is free to use, is available to download from Galaxy Apps starting today.

“In collaboration with Samsung, TaylorMade’s engineers have co-developed a specific myRoundPro experience that utilizes the features of the compatible Gear devices to provide consumers with a unique experience aimed at those who would rather leave their phone at home or in their bag during play,” reads the press release. 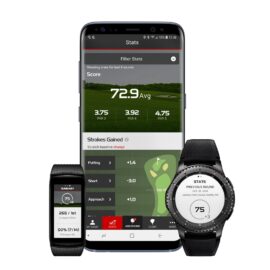 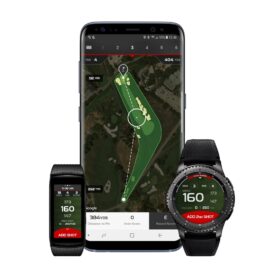 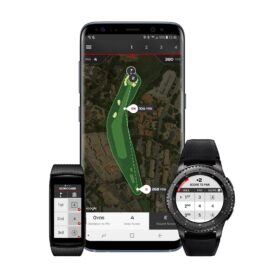 Using the myRoundPro application, golfers of all skill levels can view yardages to the front, middle and back of the green, as well as the total distance of their previous shot, without having to pull out their smartphone. It can also be used to record scores of each hole played, and will provide a detailed summary of each round at the end.

There’s no word on whether myRoundPro will be compatible with the Gear Sport, Samsung’s fitness-orientated wearable that was designed to bridge the gap between the Gear S3 classic and Gear S3 frontier, but seeing as it was unveiled at the same time as the Gear Fit2 Pro and bundles similar features, we think it’s safe to say it will.