After using the Galaxy S8 for five months, this is my only complaint

I’ve been using the Galaxy S8 ever since it hit the shelves back in April. During that time, I’ve learned an awful lot about the device—both good and bad—so I thought I’d put together a piece describing my experience.

Before we go any further, I’d like to say that I’m totally obsessed with the design of the Galaxy S8. It’s durable, ergonomic, and futuristic—I mean, what more could you possibly want? Not a better screen, that’s for sure.

I promised myself I’d keep this section relatively short, because I could blab on forever about how stunning the handset’s Infinity Display is. To be honest, though, it’s really something you need to experience for yourself.

I’ll admit: the 18.5:9 aspect ratio is a little strange at first, but once you’re accustomed to it, using any other smartphone is near-impossible. When I picked up my girlfriend’s iPhone 7, for example, it felt very antiquated.

I’m going to go out on a limb and say that if you’re looking for the smartphone with the best screen on the market, look no further. The display on the Galaxy S8 is perhaps rivaled only by the Galaxy Note 8. It recently received DisplayMate’s highest rating ever for a smartphone display.

The variant I’ve been using is the single-SIM European one, which sports an Exynos 8895 processor and 4GB of RAM—and that’s more than enough punch to simultaneously run a handful of power-hungry applications.

One complaint I have, however, is that the Experience user interface Samsung plastered on top of the regular Android 7.0 skin can be a little sluggish at times; when switching between applications, for example.

That said, having had an opportunity to play around with the Galaxy Note 8, I’m pleased to report that the latest version of Samsung Experience (8.5), which is set to arrive on the Galaxy S8 in the near future, is a lot smoother.

Now’s as good a time as any to talk about camera performance. Although, truth be told, I’m not really a mobile photographer. Instead, I prefer to take my Sony A7S with me whenever I leave the house (it’s better to be prepared, right?).

On the odd occasion I’ve snapped a picture on my Galaxy S8, I’ve found it to be superior to the iPhone 7 in terms of clarity, though color is often exaggerated—but that’s easy enough to fix with the handset’s integrated editing suite.

I know, I know. That doesn’t provide you with the feedback you’re after, which is why we’re pitting the Galaxy S8 head-to-head against the Galaxy Note 8 in a camera shootout, so be sure to check back for that in the coming weeks. 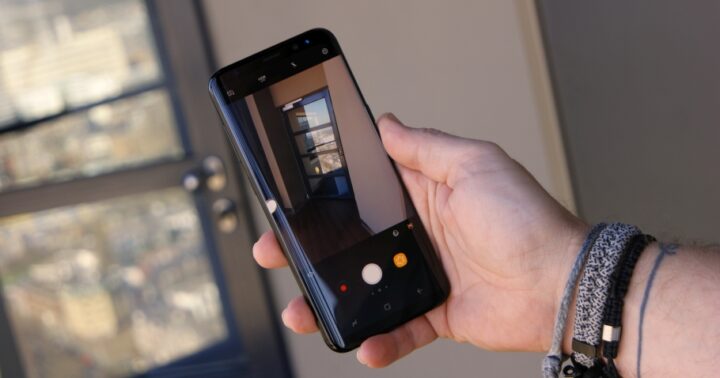 It wouldn’t be acceptable to pen a story on the Galaxy S8 and not touch on Bixby… I don’t really use it—and that’s because both Bixby Voice and Bixby Vision are more temperamental than ideal, and Bixby Home is borderline useless.

Here’s what I find particularly strange: Bixby Voice is fantastic at executing complex commands, like taking a screenshot within an application, but when you instruct it to complete even the most basic of tasks, it struggles.

It can’t, for example, provide a straightforward answer when you request the time in another location. Upon giving it the request, you’ll be instructed to unlock your device, then it will pull up the Clock application. Why can’t it just say the time?

I’m not going to complain too much; Bixby is a relatively new digital assistant and it’s astonishing what Samsung has been able to accomplish in such a short period of time. All it needs to do is focus on refining the processes, then it’ll be golden.

That’s about all there is to say about my experience with the Galaxy S8. If you can’t already tell, I love it and I—honestly—can’t see myself switching until the Galaxy Note 8 hits the shelves (I’m a sucker for any additional screen space).

But should you pick one up? If you want a smartphone with a screen that’s smaller than 6.3-inches, yes. If you’re after something that size, we’d recommend opting for the next-generation Galaxy Note, which is now up for pre-order.