The Galaxy J5 Prime could soon receive the Nougat update, as the device was recently certified by the Wi-Fi Alliance running the not-the-latest-anymore version of the operating system. Samsung began updating non-flagship phones to Nougat a few weeks ago, starting with the Galaxy A series devices from last year, and it was only two days ago that the update started rolling out to the Galaxy J7 (2016).

The Galaxy J5 Prime Nougat update shouldn’t be too different from the update that has been released for other devices. You can count on a new user interface (though not the one seen on the Galaxy S8 and other 2017 devices launched with Nougat), improved battery life and performance, a tweaked Multi Window mode, the option to reply to notifications from the notification shade, new emoji, and more. The Galaxy J7 Prime, which was seen running Nougat two months ago, is likely to get the update at the same time as the J5 Prime, although there’s never a guarantee given how software updates work.

As for the Android 8.0 Oreo update, it remains to be seen if and when it will arrive on Galaxy J series devices launched in 2016. The Galaxy J5 Prime and J7 Prime haven’t been updated to Android 7.0 Nougat yet, and given the Nougat update will be arriving more than a year after the devices were launched, Oreo is probably not going to be on the cards. 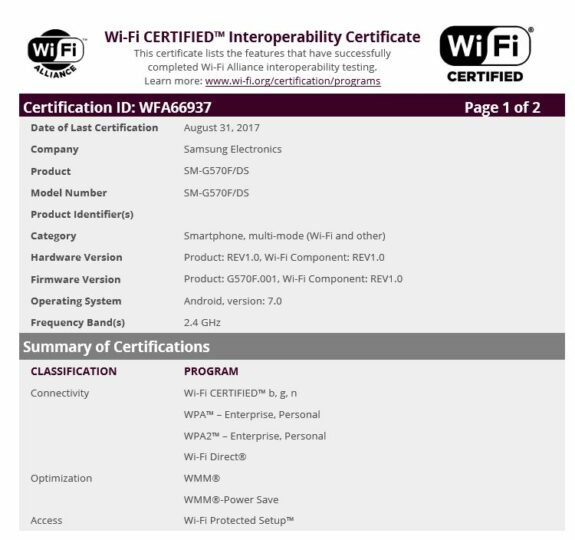