Samsung starts rolling out Nougat to the Galaxy A7 (2017) 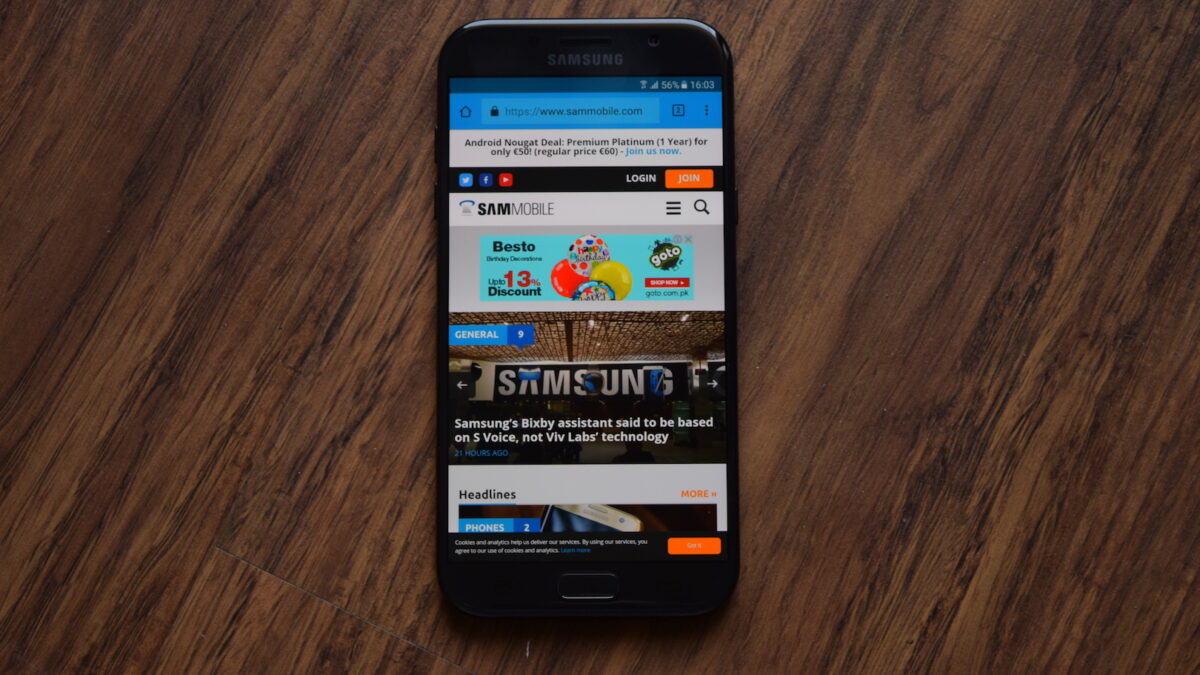 After rolling out Nougat to high-end Galaxy S and Galaxy Note series smartphones, Samsung has started rolling out Android 7.0 to the Galaxy A7 (2017). The higher mid-range smartphone was launched in January, but it came running Android 6.0 out of the box. The new software update with firmware version A720FXXU2BQGB has a file size of 1394.40MB, and is now rolling out to all Galaxy A7 (2017) users in Thailand.

Apart from Android 7.0, the update also brings a newer user interface, improved notifications, quick setting buttons, and multi window experience. Similar to the Galaxy J (2017) smartphones, the Galaxy A7 (2017) will get the Dual Messenger function with this update. The feature lets users to setup two accounts of the same social networking or IM app on the phone. The update also brings improved AOD feature, newer settings menu, and Samsung Pass.

As always, the Nougat update also improves speed and reliability of the phone. Installation of downloaded apps and system upgrades should be faster as well. We expect Samsung to rollout the same update to other countries soon. Have you received this update on your phone? Let us know in the comments section below. Thanks for the tip, Oves Shaikh!

The Galaxy S21 FE is joining the rest of the S21 series and is now getting the June 2022 security patch. As usual, the release is staggered, and the firmware is available in limited markets at first. But the rollout should expand into more regions soon. For now, the Galaxy S21 FE is receiving the […]

A fire broke out late Sunday night at a Samsung warehouse located in the Samut Prakan province in Thailand. Thankfully, there were no injuries or casualties, but unfortunately for the company’s bottom line, some goods were damaged. Local authorities were alerted about the fire at around 11 PM, according to reports (via NationThailand). Bang Phli […]

While Samsung is developing One UI 4.1.1 and One UI 5.0 in the background, the company is also rolling out the Android 12-based One UI 4.1 update to more Galaxy devices. Samsung’s firmware schedule sure looks busy, but thanks to the company’s efforts, Galaxy A32 5G customers can now enjoy Android 12 like millions of […]

The unannounced Galaxy A53 has been subjected to another leak. This time, it comes straight from an offline store in Thailand and what appears to be a Samsung employee posing for photos. It begs an explanation and makes one wonder if Samsung is leaking its upcoming phones on purpose. Whatever Samsung’s whacky marketing plan might […]

Samsung’s new mid-range tabled, the Galaxy Tab A8, is available in Thailand starting today. Prospective buyers can pick from two color options: gray and pink gold. The tablet is available with Wi-Fi-only connectivity and LTE. The Wi-Fi-only Galaxy Tab A8 will set you back 9,990 baht ($300), while the LTE model is available for 10,990 […]