Bixby can now be used to send money in South Korea

A couple of days after it was reported that Samsung will likely delay the launch of Bixby in the United States, the company has announced that it has teamed up with three major banks in South Korea to enable customers to check their accounts and even make payments by simply giving voice commands to Bixby.

Bixby has been properly launched in South Korea only. The assistant’s voice command feature isn’t available anywhere else and Samsung is yet to confirm when it will arrive. Bixby is apparently having troubles understanding English language properly so Samsung has to fix that before it can roll out the assistant.

Galaxy S8 owners who have an account at Shinhan Bank, Woori Bank or KEB Hana Bank in South Korea can now use Bixby to check up on their accounts and make payments. Woori Bank customers can even make currency exchanges using Bixby.

This feature is linked with the Samsung Pay app and is secured using Samsung Pass. When a user commands Bixby to send money to one of their contacts, Bixby will automatically connect to Samsung Pay and ask for verification using the iris scanner.

It makes the entire process easy as users no longer have to launch their bank’s app and go through the entire process manually. Bixby does that for them automatically. It would be nice if this feature was included with Bixby when it rolls out in other markets, but who knows when that’s going to happen. 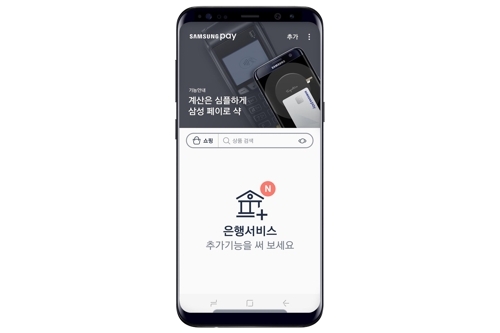 Use Samsung Pay on your Galaxy Z Flip 3, get cool points

Samsung will soon stop showing ads in its stock apps