Samsung unveiled a new display panel, which is specifically designed to be used in VR headsets, at Display Week 2017. It’s a 3.5-inch display panel with a resolution of 2,024 x 2,200 pixels and pixel density of a whopping 858ppi. It has twice the pixel density compared to what HTC Vive and Oculus Rift have to offer, and around 3.5x more pixels.

Apart from its higher pixel density, the company’s new display panel also has a refresh rate of 90Hz and up to 100 nits brightness, which will help the company in offering its users sharper images and improved virtual reality experience. It will also help people who feel nauseated due to lower pixel density of current-generation VR headsets.

The company hasn’t announced the amount of added processing that’s required to drive those extra pixels, though. Samsung has not announced whether it wants to sell these new display panels to other VR headset makers or use it for its own virtual reality headset. You can have a look at some images of the new display panel below. 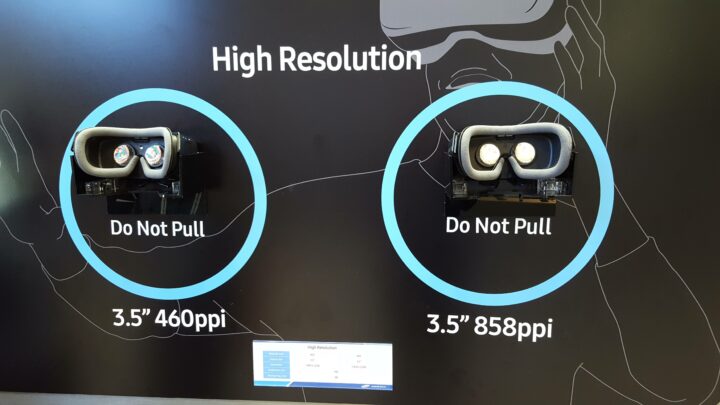 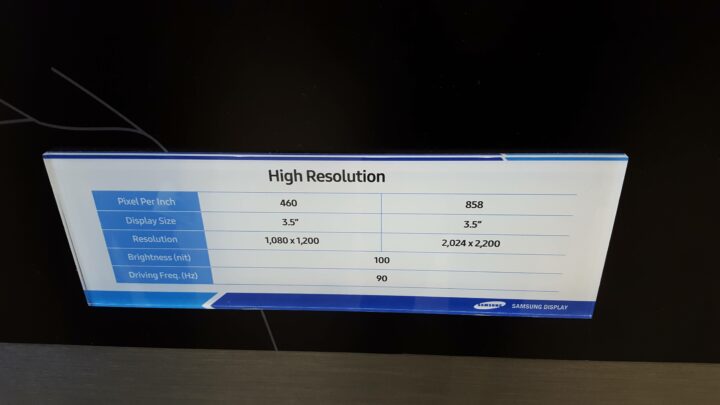