We’ve now spotted the Galaxy S6 edge+ with Nougat receiving its Wi-Fi certification which suggests that it may not be too long before this handset is bumped up to Android 7.0. However, Samsung hasn’t confirmed as yet when it’s going to do this for the Galaxy S6 edge+.

I should mention here that the detailed Nougat release roadmap shared by Samsung Turkey recently pointed out that the Galaxy S6 edge+ would receive its Nougat update in the second week of March. If the dates in its roadmap are accurate then we could see this handset receive Nougat in other markets across the globe around the same time as well.

We’ll be sure to update you as and when more information surfaces about Nougat for the Galaxy S6 edge+. 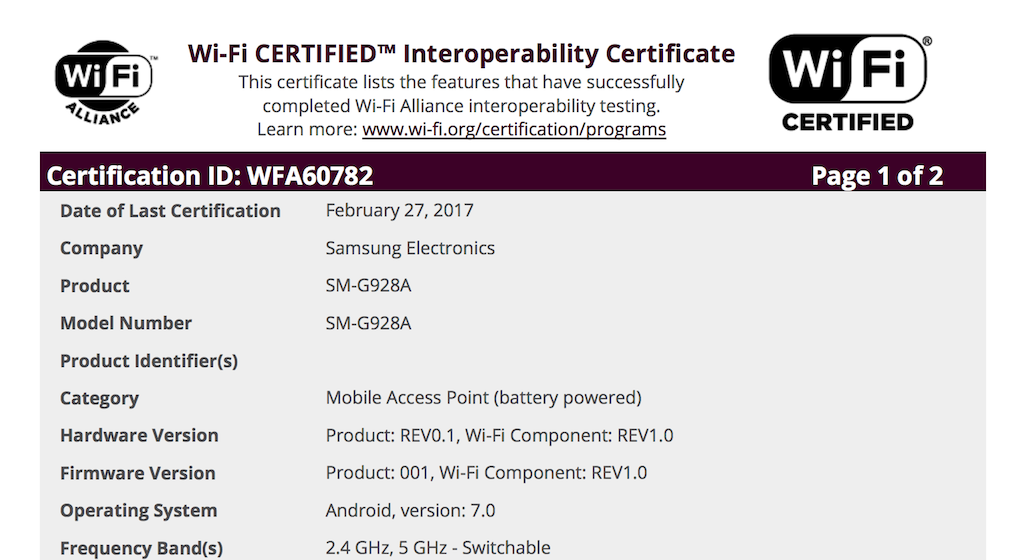