The Galaxy Tab S3, Samsung’s upcoming high-end tablet, was once a mystery that has been unraveling over the last few weeks: first specifications and pricing, the presence of the S Pen (a feature that matters for productivity), sweet-tasting Nougat and the now-deceased Galaxy Note 7’s Grace UX, the metal and glass build, and the Tab S3 keyboard dock. Now, TechnoBuffalo has gotten its hands on new images that confirm what we’ve seen but bring a new surprise element that will help you “hear the difference.”

The new photos showcase the Tab S3 and S Pen (both black and silver), the new silver model that will replace the former white variant, along with the keyboard dock confirmed earlier this week. What has yet to be confirmed that TechnoBuffalo adds, though, is the presence of AKG audio, as the words “tuned by AKG” come branded on the back of the silver model. You can find the leaked Tab S3 photos below.

For those who may not know, the reference to AKG refers to AKG Acoustics, a company acquired by Harman International in 1994. It is this Harman International that Samsung purchased back in November for $8 billion. Though Samsung hasn’t had the smoothest sailing with the acquisition, Harman shareholders finally approved it this week. It is this AKG audio that will appear in the Tab S3, showing that the Harman acquisition was no whimsical decision.

Samsung will unveil the Galaxy Tab S3 at MWC 2017 this coming week, so stay tuned as we prepare to embrace the next tablet in Samsung’s “Galaxy.” 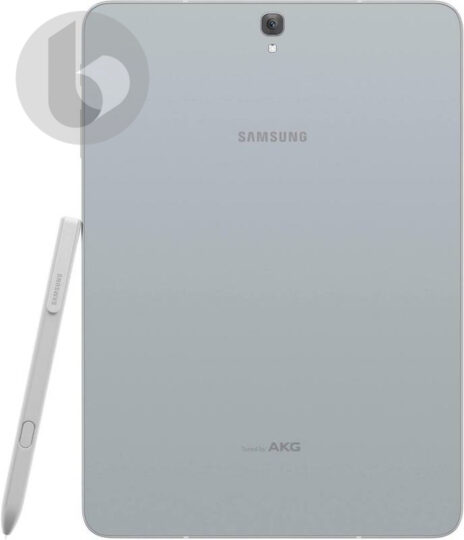