Less than two days after it was spotted at the Federal Communication Commission (FCC) in the United States, the Samsung-made Gear VR Controller (ET-YO324) has been granted Bluetooth certification; meaning it’s now passed all of the tests required to launch on the open market.

Unfortunately, we don’t know a great deal about the device. Recent leaks and rumors point towards it being a one-handed controller that’ll hit the shelves alongside the new Gear VR. If a sketch included in the FCC filing is anything to go by, there’s also a possibility it could sport a similar design to the PlayStation Move handset, though we doubt it. 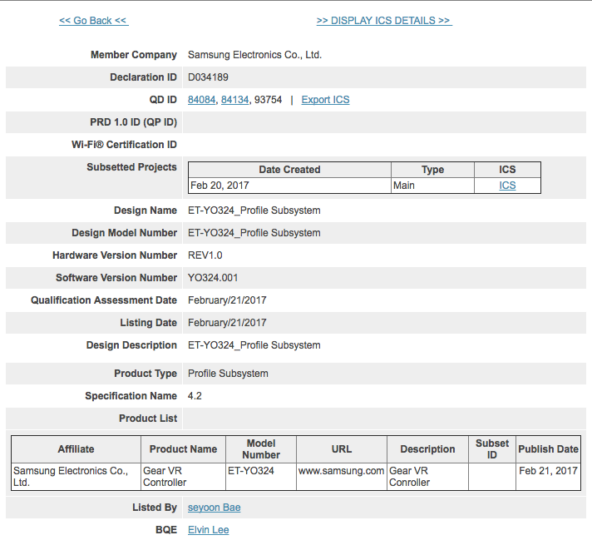