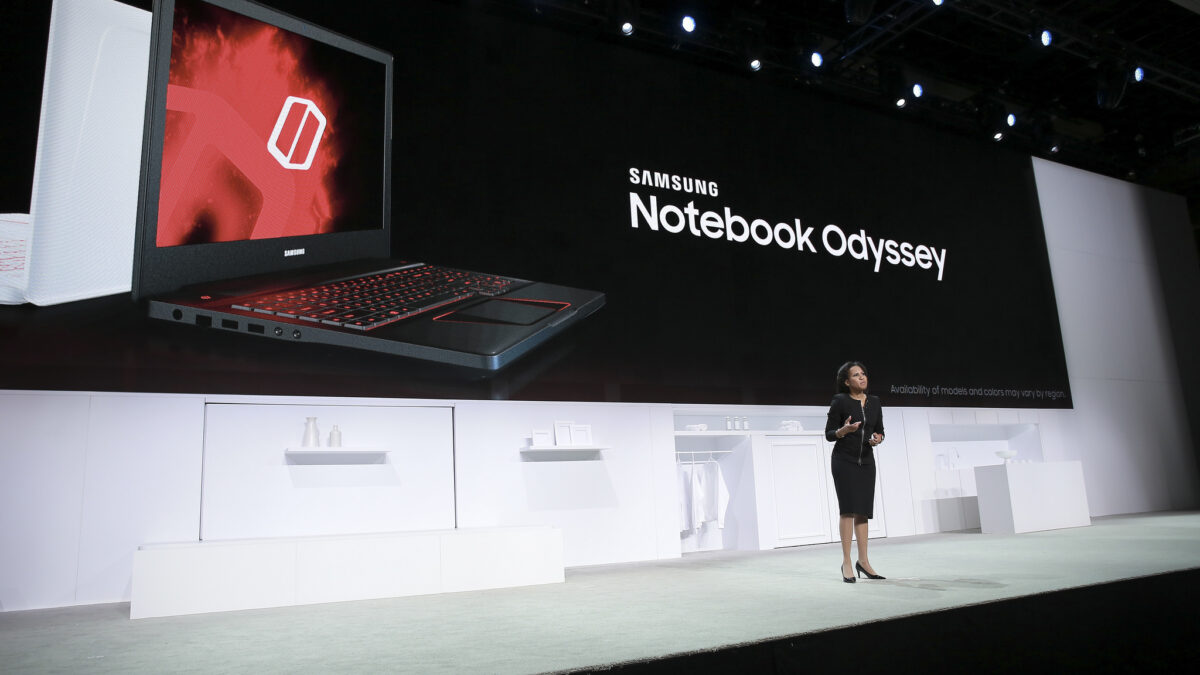 Following its unveiling at the annual Consumer Electronics Show in Las Vegas last week, Samsung has today launched its first gaming laptop, the Odyssey, in South Korea. The device, which sports a 15.6-inch display, a GeForce GTX 1050 graphic card, a 256GB SSD and 8GB of DDR4 memory, carries a price tag of 1.8 million won for the Core i5 model and 2 million won for the Core i7 variant.

It’s believed that once the Odyssey makes its way to more regions, Samsung will open up customization; enabling customers to increase the amount of storage and RAM the unit ships with. This will, of course, bump up the price quite considerably. Unfortunately, the whereabouts of the 17.3-inch version that was on display at CES remains unknown, but we’re hoping it’ll launch in the not-too-distant future.

Samsung has a bunch of competent gaming monitors on offer, such as the Odyssey G5, Odyssey G7, and the Odyssey Neo G8. However, the one that the South Korean tech firm launched at IFA 2022—Odyssey Ark—is in a league of its own. Featuring a massive, 55-inch curved QLED screen with 4K resolution and Mini-LED technology, […]