Not having a new flagship smartphone on the market this holiday season appears to have dented Samsung’s chances of taking advantage of the holiday shopping frenzy. The Galaxy Note 7 could have done wonders for the company’s bottom line had it not been discontinued on account of being a fire hazard. Perhaps that’s a big reason why Samsung is found to be trailing behind Apple in second place for the most phone activations this holiday season.

Data from analytics firm Flurry shows that iPhones accounted for 44 percent of all new smartphone activations during the holiday season. Samsung came in second place with 21 percent. This shows that the iPhone continues to be a sought-after gift during the holidays but Flurry does point out that things are looking up for Samsung as well. It notes that Samsung is “slowly growing in popularity throughout the holiday season, up 1 percent from last year.” 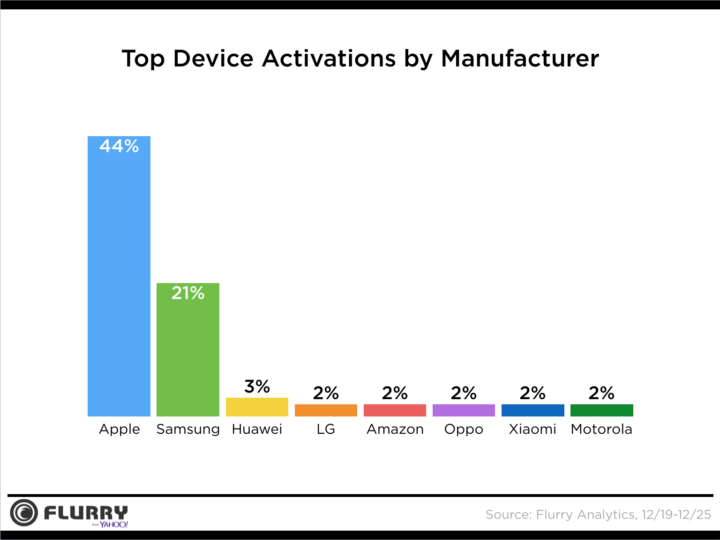