Following a successful beta test, Samsung has today released a new update for its Internet client for the Gear VR. The upgrade, which is making its way to compatible units in stages, brings a number of new features to the application to give users greater control and a more immersive browsing experience, including compatibility for WebVR v1.0: an experimental JavaScript API that provides the browser with access to the device’s VR features.

The South Korean company has also introduced a new Change Background Function; permitting users to customize the backdrop of their VR space with premium images (at present, it looks like there’s only eight, but more will be added over time) provided by cloud graphics company OTOY. Samsung hopes that the vivid interchangeable scenes will add depth to users’ browsing, “transporting them to a vibrant and realistic world that’s ripe for exploration.” 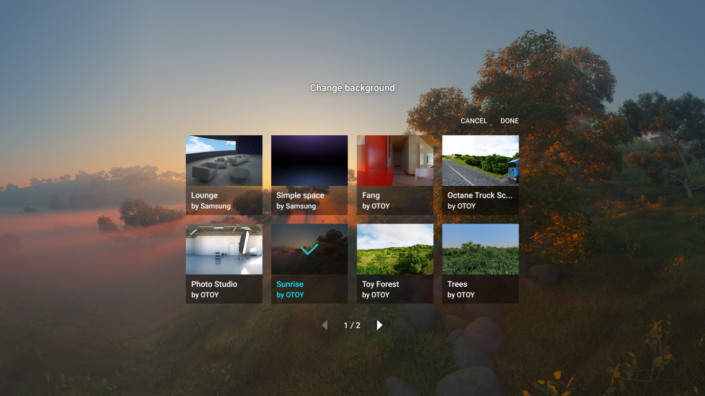 For those who’ve never tried it before, Samsung Internet for Gear VR allows users to surf the web and enjoy photos and videos on a large, virtual screen — just as if they were looking at their favorite website on a giant theater screen. Once a user connects their Gear VR to a smartphone with any web page or full-screen video open in Samsung Internet for Android, they can freely and continuously stream content in 360-degrees.