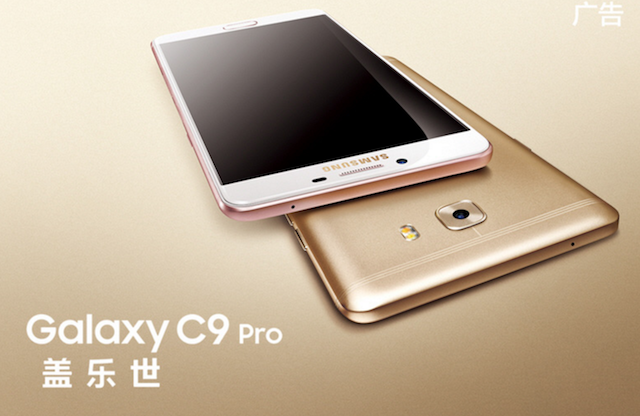 As recently reported, the Galaxy C5 Pro (SM-C5010) and Galaxy C7 Pro (SM-C7010) have been delayed and will not be releasing in China this month. The devices will instead hit shelves sometime in January, 2017. With these delays, it is expected that the Galaxy C9 Pro will also be pushed back.

There is some good news for anyone who was anticipating picking up a Galaxy C9 Pro. While you may not be able to actually get your hands on the device until next month, you can view and download the beautiful wallpapers that will be on the Galaxy C9 Pro. This has got to be the next best thing besides getting the device itself, right?

According to the confirmed specs of the Galaxy C9 Pro, the handset is expected to boast a Snapdragon 653 processor with an astronomical 6GB of RAM, 64GB of internal storage and come pre-loaded with Android 6.0.1 Marshmallow. Fueling the device is a whopping 4,000 mAh battery which is charged via a USB Type-C connection. The Galaxy C9 Pro will sport 16-megapixel rear and front-facing cameras and is expected to come with a price tag of CNY 3,199 ($475)

We have extensively covered Samsung’s upcoming A series handsets. It’s only a matter of time befor …