Samsung is yet to confirm when it’s going to at least release Android 7.0 Nougat for its flagship smartphones but it’s not like the company’s firmware development team hasn’t been working on this release. Testing is well and truly underway as we’ve exclusively confirmed already, it’s also evident by the fact that Android 7.0 Nougat-powered Galaxy S7 and Galaxy S7 edge have both received certification from the Wi-Fi Alliance. This certification proves that a device has successfully completed the Wi-Fi Alliance interoperability testing.

The Wi-Fi alliance has published the certificates today confirming that both flagship handsets running Android 7.0 Nougat have passed the tests. It doesn’t really provide any hints about when Samsung is going to release this firmware for the Galaxy S7 and the Galaxy S7 edge but it does come at a time when the company is gearing up to launch its Nougat beta program for these handsets. Registrations for the beta program have already gone live in South Korea and will soon be open to owners in the United Kingdom, United States and China. 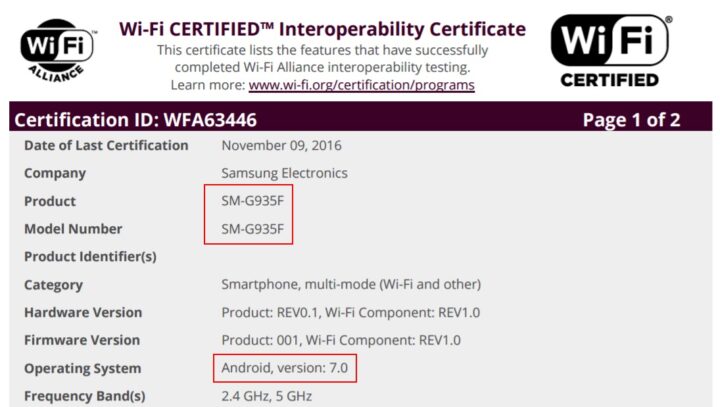