Samsung shutting down OnCircle next month 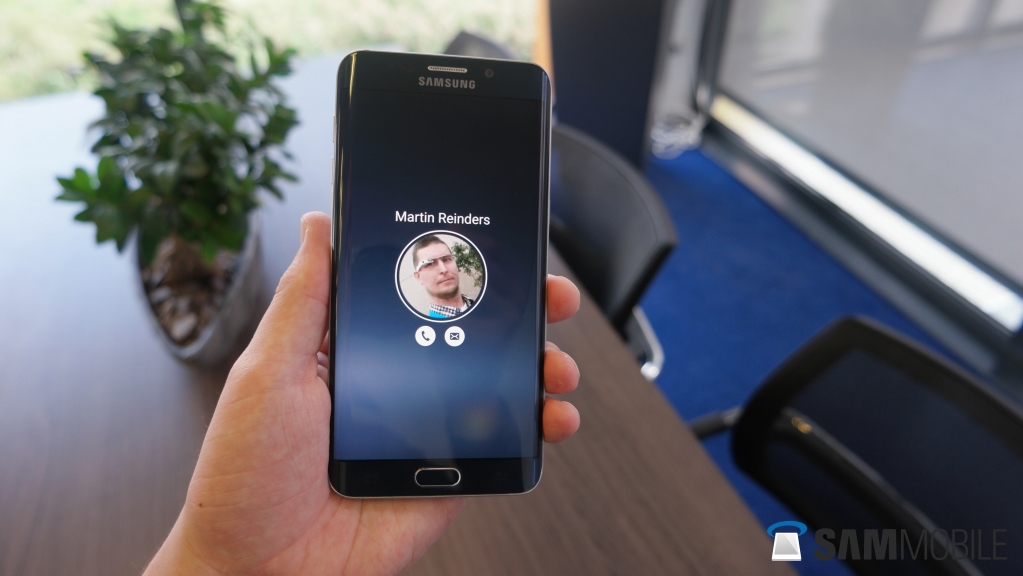 Samsung added a new feature to People edge on the Galaxy S6 edge+ called OnCircle. It allowed users to send images, pokes and emoticons to People edge contacts but we simply found it to be a useless feature. The initial setup process required users to be on a cellular connection so that their phone number could be activated for OnCircle and the actual process of sending all of them to contacts was long so users would have found it easy to interact with them through conventional chat apps. It appears to have finally dawned on Samsung as the company has confirmed it’s going to shut down the OnCircle service next month.

Samsung has rolled out a new update for People edge today, the changelog confirms that this update adds a service expiration notice popup for OnCircle. The popup confirms that OnCircle is going to be shut down on December 16 and that this is being done due to “a change in internal policy.” Even though OnCircle will no longer be supported, users can keep using People edge they way they always have. 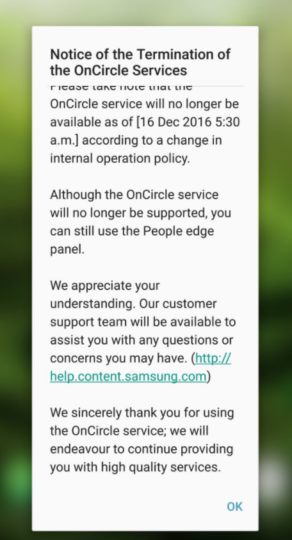