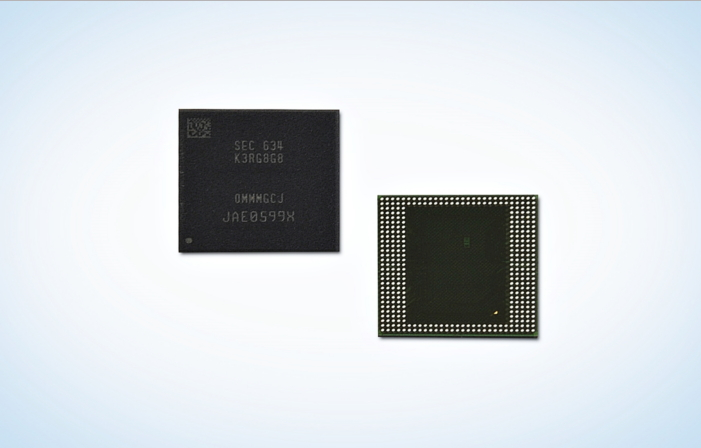 As you’d expect, the new 8GB LPDDR4 module is significantly faster than DDR4 DRAM chip for PCs. In fact, it’s actually twice as fast, operating at speeds of up to 4,266 megabits per second (Mbps). If it assumes a 64 bit (x64) wide memory bus,  it can be used to transmit over 34GB of data per second, which is pretty astonishing for such a tiny component.

The 8GB LPDDR4 package won’t only be built into smartphones, though. It will also make its way to high-end tablets, which will enable them to smoothly run virtual machines and allow for a more fluid 4K UHD video playback experience. The 10nm-class process technology and Samsung’s low-power circuit design allows for longer battery life, too.

With regards to dimensions, the chip measures in at under 15mm by 15mm by 1.0mm, which satisfies space requirements of most new, ultra-slim mobile devices. Seeing as the module is thinner than 1.0mm, manufacturers will be able to stack it together with UFS memory or a mobile application processor, which allows for further space savings on the PCB.