Samsung Galaxy J Max review: Not the calling tablet you were waiting for 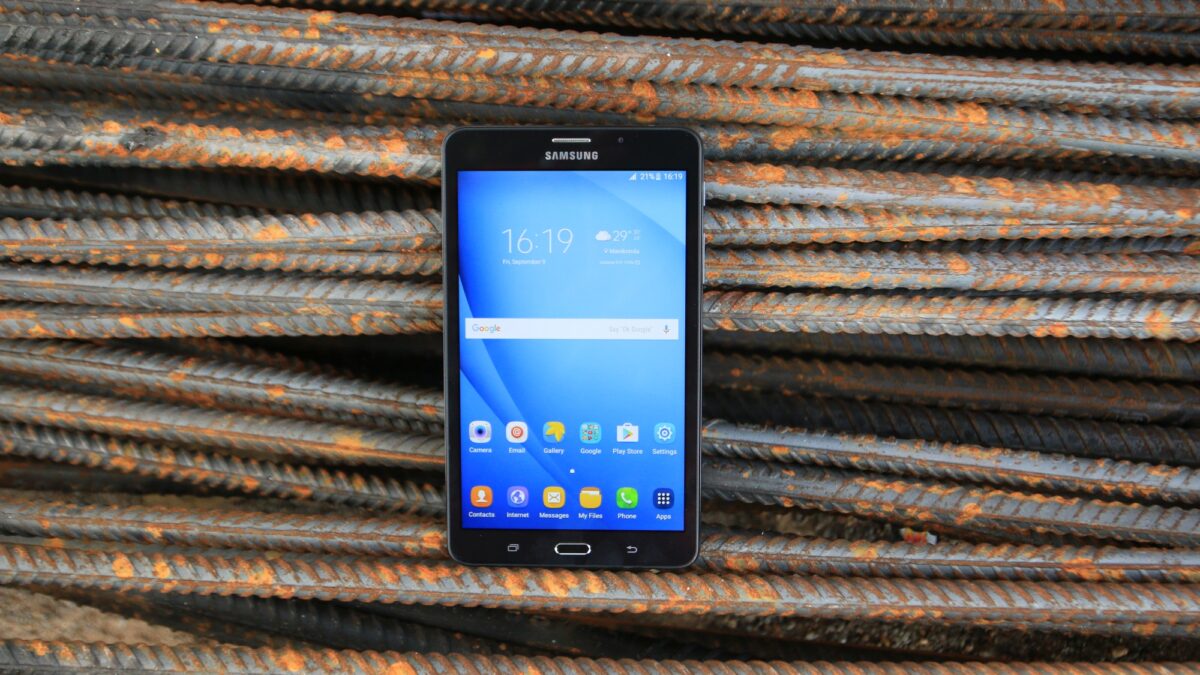 Samsung introduced the Galaxy J Max in India a couple of weeks ago. It’s a lower mid-range device with a 7-inch display and LTE cellular connectivity. The company is marketing it as a large smartphone instead of a tablet. The company says that it’s a device made for those who want the best of both worlds. There’s a niche market for such devices in India as well as nearby markets – some consumers want cheaper priced 7-inch tablets with cellular connectivity and calling facility so that they don’t have to maintain two devices. They use such devices for daily needs such as calling and emails as well as entertainment needs such as watching movies and streaming YouTube videos.

Chinese smartphone vendor Xiaomi addressed this market with the Mi Max, a recently launched device with a 6.44-inch 1080p display and a 4,850mAh battery. It was launched in May earlier this year. Shortly after, Samsung launched the Galaxy J Max in the same price bracket to compete with the Mi Max. Another Chinese player Lenovo also has a competing device in the form of the Phab Plus, which has a 6.8-inch display but comes with a weak 3,500mAh battery. Samsung says that the J Max is “Made for India”. Let’s see how Samsung’s offering performs in this review.

The Galaxy J Max is essentially a 7-inch tablet with an earpiece, which is being marketed as a smartphone to compete with the likes of the Xiaomi Mi Max and the Lenovo Phab Plus in the Indian sub-continent. It looks exactly similar to the company’s other tablet, the Galaxy Tab A 7.0 (2016). Its home button has a good tactile feedback and is surrounded by the capacitive back key on the right and the multitasking key on the left which don’t light up when you press them.

The whole device is made up of plastic, but it’s quite well built. The non-removable back panel has a dotted pattern all over, which makes it easy to hold and grip the device. However, that still doesn’t make this tablet as easier to hold as a smartphone. The power button and the volume rocker are placed quite high up on the right side of the device, which means it’s quite impossible to use the Galaxy J Max with one hand.

The dual-SIM card slot can be accessed from the left side. The microSD card sits inside the plastic flap just above the SIM card slot. The microUSB port and the headphone jack are situated on the top of the device. Overall, Samsung’s idea to market the Galaxy J Max as a large smartphone instead of a tablet fails miserably. For it to work, the device should be narrower than the Galaxy J Max is to fit in the hand properly.

The J Max has a 7-inch HD IPS LCD display with a resolution of 1280×800 pixels, resulting in a pixel density of 216ppi. The specifications of the display might look quite outdated, but the result isn’t that bad. Pixellation wasn’t quite as evident as we expected. Moreover, the display was quite bright, and the content on display was visible even under direct sunlight. However, there’s no ambient light sensor on the Galaxy J Max, which means that we were left manually adjusting the screen brightness now and then. There’s Reading Mode that can be activated in the Settings menu, which helps reduce strain on the eyes by warming up the display’s color temperature.

Regarding imaging, there’s an 8-megapixel primary camera with autofocus mechanism, F1.9 aperture, LED flash, and 720p video recording. The front-facing camera has a resolution of 2 megapixels and an aperture of F2.2. It can also record 720p videos.

The camera app is quite simple. There are few real-time photo filters, an option to change the resolution, flash settings, and timer options on the left sidebar. Shutter buttons for clicking images and recording videos are placed on the right sidebar. There are a few pre-installed shooting modes in the camera app. The Pro mode activates additional options to change metering mode, white balance, ISO, and exposure. Other modes include Panorama, Continuous Shot, Beauty Face, Sound & Shot, Sports, and Animated GIF, all of which are self-explanatory. 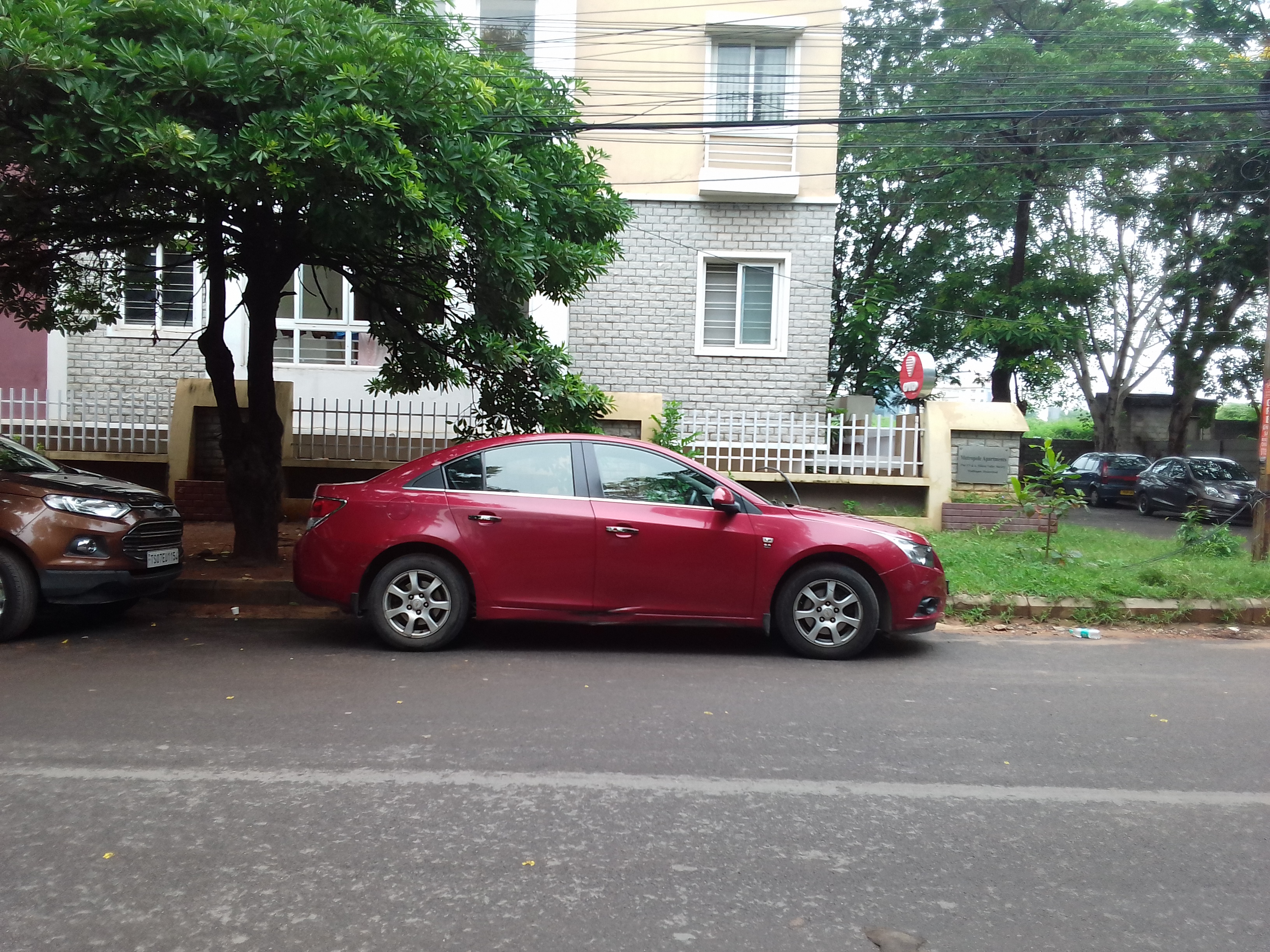 The selfie mode has beautification scale, photo filters, and timer options. Speaking of image quality, the camera clicks below average images. We know that tablets suffer regarding camera quality since it’s not an important factor. However, since Samsung is marketing the J Max as a large screen smartphone, we are forced to be quite critical about the camera. The dynamic range is bad, and the details are rather poor. Even when we tapped on an area in shadow, the exposure wasn’t set automatically. There’s no HDR mode, so you’re stuck with bad dynamic range. Selfies suffer the same fate as the images from the rear-facing camera.

Samsung is shipping the Galaxy J Max with the dated two-year-old Android 5.1.1 Lollipop operating system bundled under an older version of TouchWiz, which is quite a shame. The user interface is quite standard, similar to what you see on most Samsung devices.

Samsung has bundled its Notes, Galaxy Apps, Kids Mode, Memo, My Galaxy, Smart Manager, and Video player apps along with the stock software. The Opera Max app comes bundled with the software as well, which Samsung is marketing as Ultra Data Saving mode as it does on other budget devices. The app is essentially a VPN client that claims to save data by compressing images, videos, and graphics in almost all the apps. It even shows the amount of data saved in the notifications bar.

The Galaxy J Max is powered by a Spreadtrum SC8830 SoC, which includes a 1.5GHz Cortex-A7 CPU and Mali-400MP2 GPU. The processing chipset is coupled with 1.5GB RAM and just 8GB of internal storage. We had written earlier about how Samsung engineers don’t seem to test its budget devices with real-world usage. Even before installing all essential apps, the storage on the Galaxy J Max ran out.

We don’t know what Samsung was even thinking while finalising the specifications of this device. This is 2016, Samsung. People want to install apps for their everyday use, which includes cab hailing, shopping, social media and IM, and a few media streaming apps. Samsung needs to stop making devices with 8GB of internal storage. The company should at least implement Android’s Adoptable Storage in a meaningful way to combat low internal storage. The company certainly knows it needs to do this, as it launched an upgraded version of the Galaxy J2 (2016) with 16GB of storage soon after the original model with 8GB of storage was launched.

As expected, the Spreadtrum chipset performed poorly in synthetic as well as real-world tests. The device struggled with app installation, app load times, and animations. Thanks to the puny two-core Mali-400MP2 GPU, the device failed to run even basic games without frame drops. Once again, who uses a 32-bit Cortex-A7 CPU in 2016? Competing brands are equipping their similarly-priced devices with higher mid-range SoCs like the Qualcomm Snapdragon 652. It’s out of our minds as to why Samsung didn’t use its Exynos 7870 processor in the Galaxy J Max, which would have been a decent processing solution for the device.

The loudspeaker on the device is weak, and there’s no dual-band Wi-Fi connectivity. Call quality is decent though, and we didn’t face any issue regarding cellular reception. The device didn’t heat up while multitasking, not that it was performing any better in that regard.

A 4,000mAh non-removable battery keeps the Galaxy J Max ticking. The device easily lasts through a day of moderate usage, even when the supplied Bluetooth earphone was connected with the device. However, it was quite a hassle to charge the device. It came bundled with a standard 5V/1A wall charger, and it took forever to charge the device using the supplied charger. Are you beginning to see how many corners Samsung cut while making this device?

The Galaxy J Max is a confused offering from Samsung. The company states that it has made this device for India, and for a niche market that wants a large screen device that can offer entertainment on the go. However, the Galaxy J Max fails on multiple fronts including important areas like performance, camera, software, and design. We would not recommend the Galaxy J Max to anyone since it would be a waste of money, and they can get a much better device in the same price bracket.

Yesterday, we reported that Samsung was working on a 7-inch smartphone called the Galaxy J Max, and, lo and behold, 24-hours later it has announced the device in India. Judging by the renders, the handset follows the same design language as the Galaxy J1, Galaxy J2, Galaxy J3, Galaxy J5 and Galaxy J7 , with a flash, camera module and […]

Ever-reliable tipster Evan Blass has today shone some light on yet another unannounced Samsung smartphone. This time, it appears we’re looking at the thirteenth addition to the Galaxy J lineup. However, it doesn’t seem to carry the generic number branding that the Galaxy J1, Galaxy J2, Galaxy J3, Galaxy J5 and Galaxy J7 do. Instead, it […]