What’s in a box? Not much. Usually, when smartphone lovers open a new box that contains a new smartphone, they toss the box first without thinking about it. Phone unboxings show tech reviewers tossing the box in one direction, the manual in the other, with their eyes set on the metal, plastic, metal-and-glass, or other build quality beauty before them. Few smartphone lovers are concerned with boxes and packaging (though some deem it a “nice touch” when the box has some style or professionalism).

I’ve never given smartphone boxes a second thought, but Samsung’s Gear S2 packaging made me rethink my neutral feeling about boxes. I still remember the day when my Gear S2 smartwatch (the first one; Verizon gave me a second one for free due to its Galaxy S7/S7 edge pre-order promotional) made its way to my door. I heard a knock on the door, opened it, signed for the package, accepted it, thanked the delivery man, closed the door, and immediately set to opening the box. At the moment of opening the cardboard box, I found myself greeted with a circular white box that housed the Gear S2 inside. 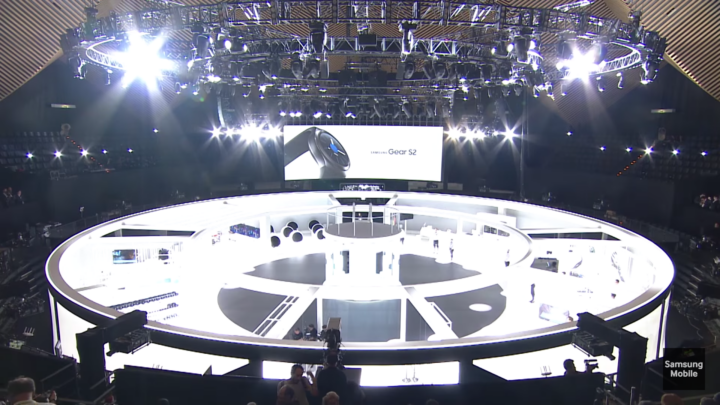 From beginning to end in the Gear S2 unveiling, Samsung educated its consumers about its decision to bring a circular smartwatch to market. From the circular shape of the stage prop, where Younghee Lee and Pranav Mistry stood to introduce the smartwatch, to the Gear S2 promo music that included “tick” and “tock” sounds (mimicking an actual clock) and stage lighting that responded to it, (lights changed positions on the stage based on “tick” and “tock” sounds) Samsung implemented “the little things” to educate consumers. The Gear S2 stage prop was circular, bringing to mind the shape of the circular smartwatch. The “tick, tock” sounds with the theme music that were matched by the changing light positions on the same stage prop added a little additional magic and interest to the theme. 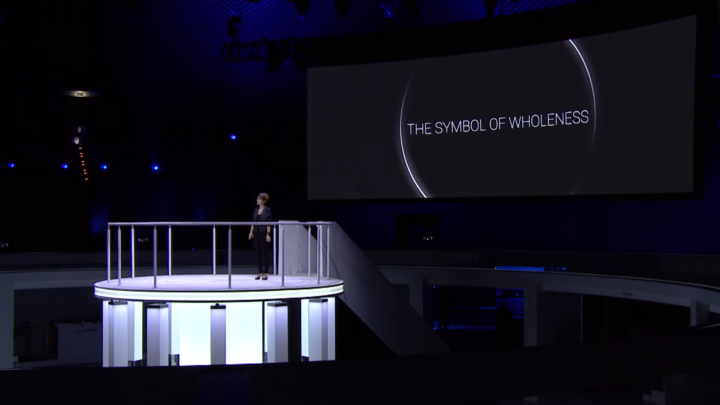 The circular stage prop came back to mind when looking at the circular Gear S2 watch box, but it wasn’t alone; I also thought back to Samsung’s words on “the circle.” “The circle is a symbol of wholeness,” Younghee Lee said, and the circle is such an intuitive shape to us because we encounter circular objects every day. One Gear S2 promo points to turning a doorknob and a steering wheel in the car, changing the volume on the radio or boombox, turning the dialer on an old rotary phone, and so on, actions that are intuitive and natural to consumers on a regular basis. 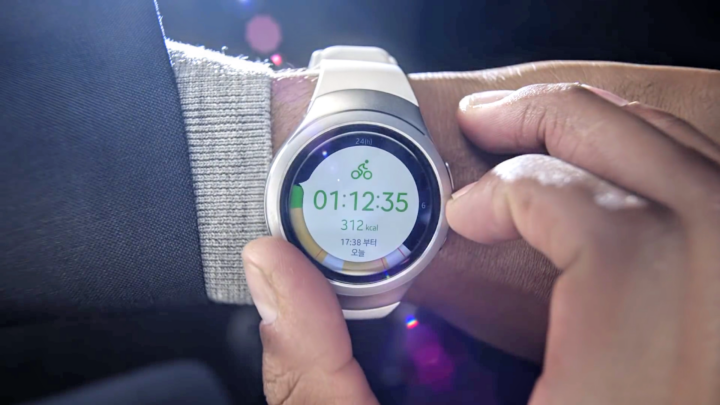 It’s true that Samsung has spent much on marketing, creating promo videos and getting lots of air time with commercials, and it’s true that Samsung markets its products as much as possible. And yet, there are many who point to these things to explain Samsung’s success, but these are only half the story. The other half of the story involves how Samsung uses even its own product announcements to inform consumers about the product.

Sometimes, words are adequate, but sometimes, the visual says more than the verbal. Anyone can say “we’ve implemented a circular screen,” but Samsung did more than the verbal: it also did the visual: a circular stage prop, the statement about the circle being “a symbol of wholeness,” the use of the word “circle” to encourage people to buy the smartwatch (“join our circle”), and so on. 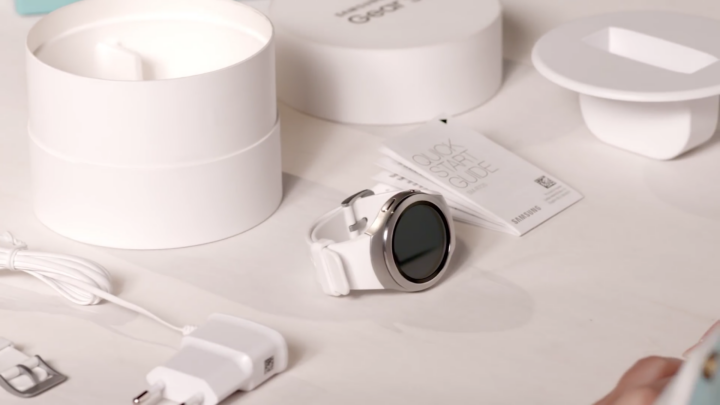 The Gear S2 also has a circular rotating bezel that you must turn – a constant reminder of the circular form factor. As I turn the rotating bezel on my Gear S2 to set the time, set alarms, view the news, and look at my full range of options on the smartwatch, I am reminded that the circular shape is indispensable to the Gear S2 experience. The same could be said for the Gear S, a square smartwatch with a curved display that let you scroll the curved portion in order to get from one app to another or read a news story or email. The shape of the smartwatch is key to its functionality. Samsung created a circular smartwatch but kept its commitment to functionality that helps the user see the screen instead of covering it up when navigating (which it points out in the announcement).

Looking at the Gear S2 watch box that arrived at my door that day, I was reminded that the circle was something more than just a pretty aesthetic, more than just a design choice made to appeal to consumers. Instead, the circle has important roots in history and everyday life, an intuitive shape that we’ve accepted on such a grand scale that we seldom stop to think about why we accept it as much as we do the existence of oxygen, or the human heartbeat. 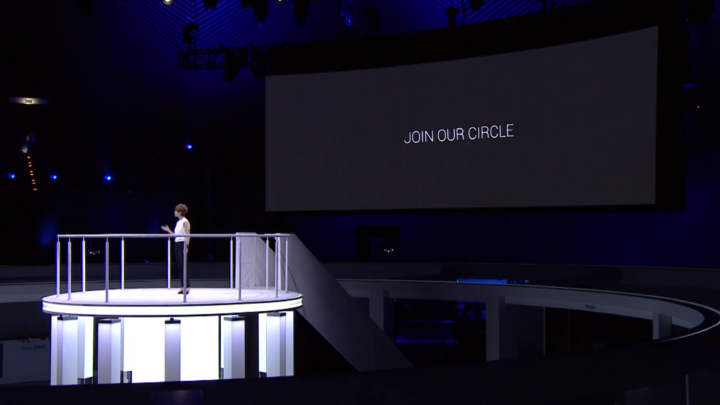 At the end of the Gear S2 announcement, Samsung uses an allusion to the circle to encourage people to buy the smartwatch: “Join our Circle,” the statement read on-screen, a reference that has a double meaning, though the message is clear: Samsung wants customers to join in on the circular revolution and pick up the Gear S2. From the stage props to the watch box, the Korean giant has once again shown us that the best marketing in business doesn’t merely tell what it is doing, but educates both verbally and visually.

And the Gear S3 announcement will inform consumers just as much.

More news »
The Gear S2 is getting improved battery life in surprise firmware update By Mihai M.|5 months ago
Samsung Galaxy Watch vs Gear S2 classic in pictures By Abhijeet M.|2 years ago
Latest Gear S2 firmware update brings new features By Naresh|2 years ago
Samsung launches some of its Gear Sport watchfaces for the Gear S2 and Gear S3 By Josh L.|3 years ago
SamMobile Shop
Opinions More »
Galaxy A51 5G is Samsung’s best gaming mid-ranger but there’s one issue
2 days ago