Samsung Notes is a new app that has been introduced with the Galaxy Note 7. It consolidates Samsung’s multiple note-taking applications and makes doodling and note-taking easier than ever before. The drawing experience has been significantly improved as well with new drawing tools enabling users to fully unleash their capabilities.

In previous Note handsets the note-taking functions were divided into separate apps like Scrapbook, S Note, Action Memo and Memo. All of that changes with the Galaxy Note 7 which has the single, all-in-one S Pen app called Samsung Notes. It combines the functions of all of these applications allowing users to easily create, edit and manage their S Pen creations and text notes from one location.

Existing content from S Note and Memo can be imported into Samsung Notes. The app offers optimized text input options and has support for check boxes, font colors and numbering. Seven type of specialized drawing tools are included as well. It’s even possible to merge multiple kinds of content into a single note so one document can contain both a drawing and a voice note. The app is capable of automatically detecting the type of content and it then adjusts the size accordingly on the grid interface of the home screen.

Samsung Notes app is currently available only on the Galaxy Note 7 but Samsung promises that the app is going to be available for download on other Galaxy Note handsets soon. 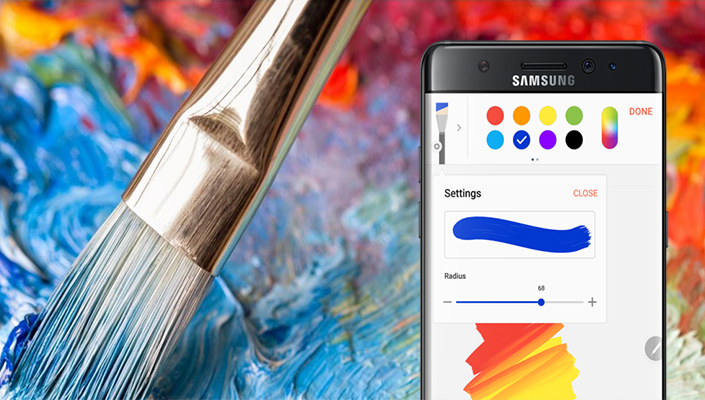