Earlier today, an unannounced Samsung-branded tablet passed through the United States of America’s official certification authority, the FCC. Unfortunately, the documentation provided in the listing doesn’t reveal much about the slate, other than that it carries the model number SM-P585, and will ship with a plethora of different connectivity options, including WiFi 802.11 a/b/g/n/ac, Bluetooth 4.2 LE, GPS and LTE compatibility for bands 1, 3, 5, 7, 8, 20 and 40.

The render that accompanied the written information in the application also suggests that the SM-P585 will sport an S Pen. This immediately leads us to believe that we’re looking a stylus-totting variant of the Galaxy Tab A 10.1 (2016), which has the model number SM-T585. Although, judging by the sketch, the device doesn’t appear to be more than 8-inches in size, so it’s somewhat possible that we could be looking at a successor to the Galaxy Note 8.0 that launched back in February 2013. 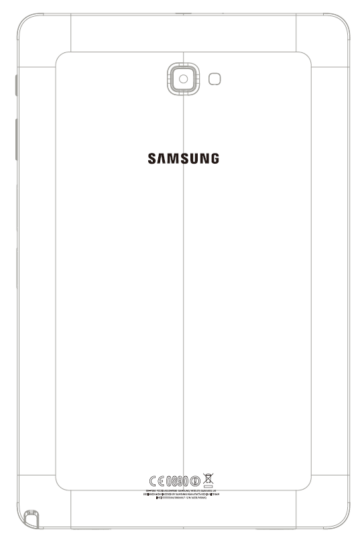 Hit the source link below to view the FCC filing.

It has been reported for the past few months that the future of the Galaxy Note series is uncertain. Samsung …

There have been rumors for some time now that Samsung may kill the Galaxy Note series. These rumors seemed mor …