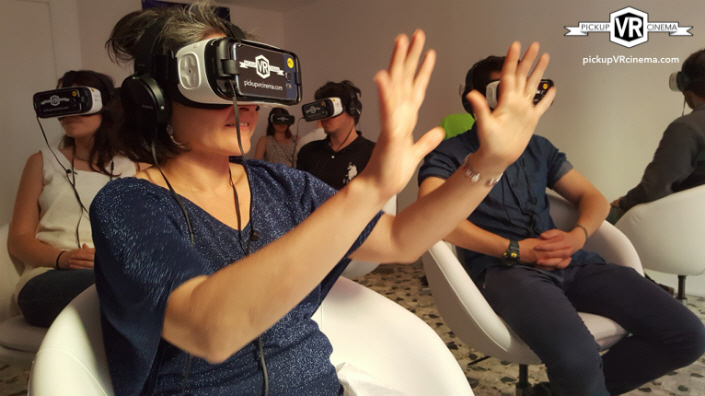 Pickup is a company based in France that produces and distributes VR content. It has recently opened an immersive VR cinema in Paris called PickupVRcinema, it’s the first movie theater in the city that’s offering VR screenings powered by the Samsung Gear VR headset. The idea is to make VR a truly collective experience by bringing more than 30 people together at a time who simultaneously immerse themselves in a VR experience.

At a typical VR screening in this movie theater, the excitement and rush of emotion is tangible. People respond really well to this unique virtual reality experience as it enables them to watch content in an entirely new way. Pickup has been selected by this year’s Cannes Film Festival to manage the VR screening room of the festival’s Marché du Film. Those who are interested in checking out PickupVRcinema can head to 113 de Turenne located in the heart of Paris. 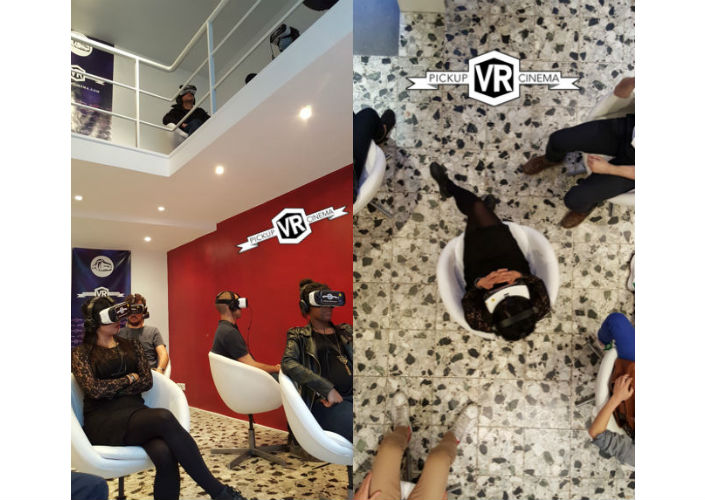