Samsung today announced its first curved gaming monitors – the CF591, CF391, and CF390 – the company aims to help transform the PC gaming experience with its latest products. Samsung’s first gaming monitors were unveiled earlier this year at the Consumer Electronics Show 2016 in January. They are designed to match the natural shape of the human eye. This design incorporates a sharp 1800 mm (1800R) curvature radius which offers immersive and panoramic viewing angles and makes for a less visually-strenuous viewing experience. The monitors also feature a 3,000:1 contrast ratio which produces darker blacks and minimizes light leakage.

All of Samsung’s curved gaming monitors have support for AMD FreeSync Technology Over HDMI which synchronizes the screen refresh rates with AMD graphics card frame rates to reduce stutter, lag, and input latency. Samsung’s CF591 curved monitors are being showcased at EA Games’ EA Play gaming event which takes place until June 14 at the Novo at L.A. Live in Los Angeles. EA is going to use this monitor to preview some of its upcoming games which include Titanfall 2 and FIFA 17.

Samsung has also launched a promotion for people looking to purchase a new gaming monitor. Every US and European customer who purchases a new Samsung CF39 Series or CF591 gaming monitor will get one EA game for free, games available to choose from include Need for Speed, FIFA 16, Battlefield 4, and Battlefield Hardline. Promo participants will get a promo code on their receipt, through email or the Samsung website. This code can then be used to redeem the free game download from EA Games website. 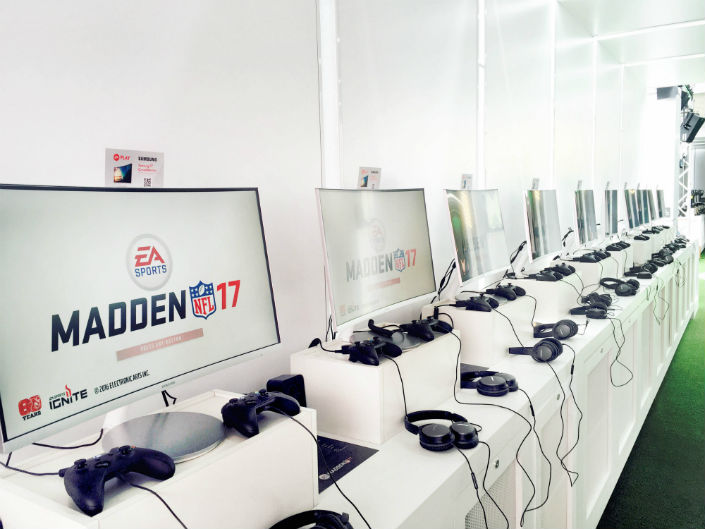