Hardware and pricing of the Galaxy C5 and C7 revealed 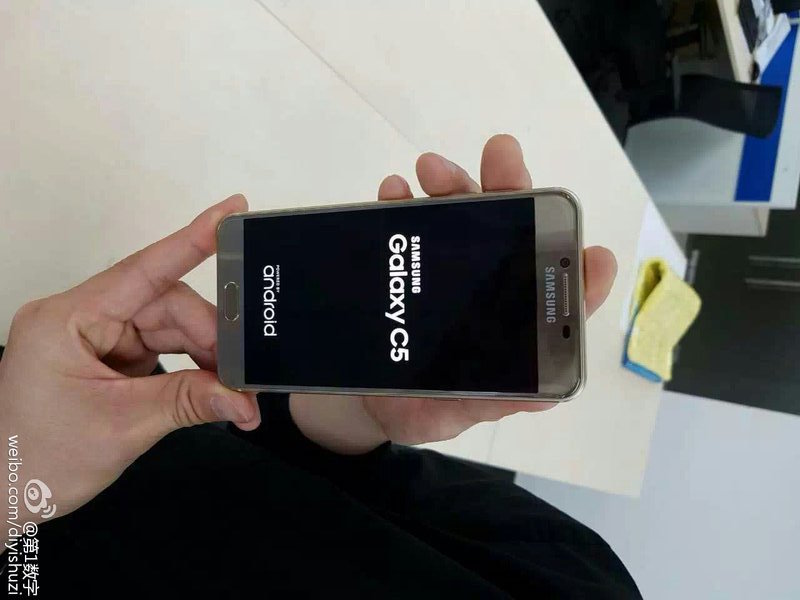 The Galaxy C5 and the Galaxy C7 are gearing up for a release as we all know. It has already been ascertained that China will be the first to get them. Images of the Galaxy C5 have given us a very good idea of what to expect. Chinese site myDrivers has now accessed more details on the handset courtesy of a source. We can see the hardware specifications of the two handsets listed out on a piece of paper, so it’s possible that someone with inside knowledge of Samsung’s operations in China was responsible for this leak.

Either way, it’s claimed that the Galaxy C7 and the Galaxy C5 will feature 5.7 and 5.2-inch 1080p displays respectively. Further, the handsets are said to be sporting the octa-core 64-bit Snapdragon 617 chipset, a 16-megapixel rear camera (f/1.9 aperture size), an 8-megapixel front camera, 4GB of RAM, 32/64GB of storage and Android 6.0 Marshmallow. The Galaxy C7 is believed to be packing a 3,300 mAh battery while the Galaxy C5 apparently has a smaller 2,600 mAh unit.

In order to increase audio quality for streaming services, Samsung is said to be bundling something known as UHQA.

Both handsets will supposedly have a thickness of about 6-7mm according to the revelation. The report further adds that there will be four color variants – Gold, Pink, Silver and Gray.

As for the pricing, the Galaxy C5, and the C7 will supposedly cost 1,599 CNY ($245) and 1,799 CNY ($276) respectively. The leak mentions that this pricing will only be valid online, suggesting that the handsets might be slightly more expensive via brick-and-mortar retail stores.