T-Mobile has started rolling out the Marshmallow update to the Galaxy Note 5, becoming the third major carrier in the US to do so (leaving AT&T as the bad guy). Available over the air, the update is a 1421.63 MB download and should bring you all the goodies and features of Android 6.0 that other Note 5 users have been enjoying for a couple of weeks. An enhanced interface, Google Now on Tap, a new app permissions system, and faster performance are a part of the package.

According to the changelog, the update will also delete the Facebook Messenger, Instagram, and WhatsApp “functions”. Your device won’t delete the apps as long as you are on the latest versions, as the removal will only affect the presence of these apps as preloaded apps on the system storage. For a better look at Marshmallow on the Note 5, check out this post. A trip into the Settings » About device » Software update menu should let you make the update show up on your device if it hasn’t already, though some might have to wait for a couple of a days before Marshmallow arrives on their Note 5. 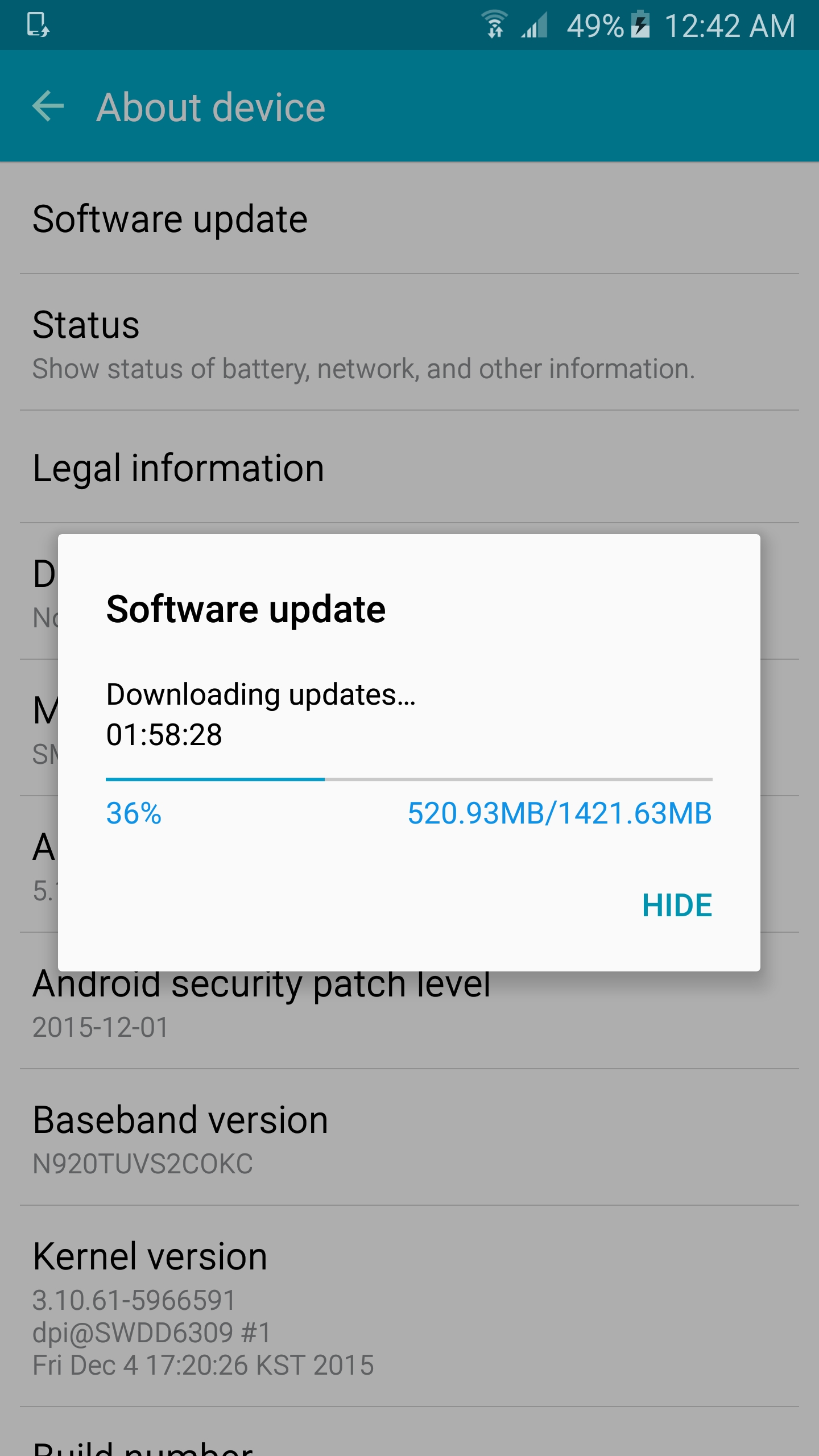