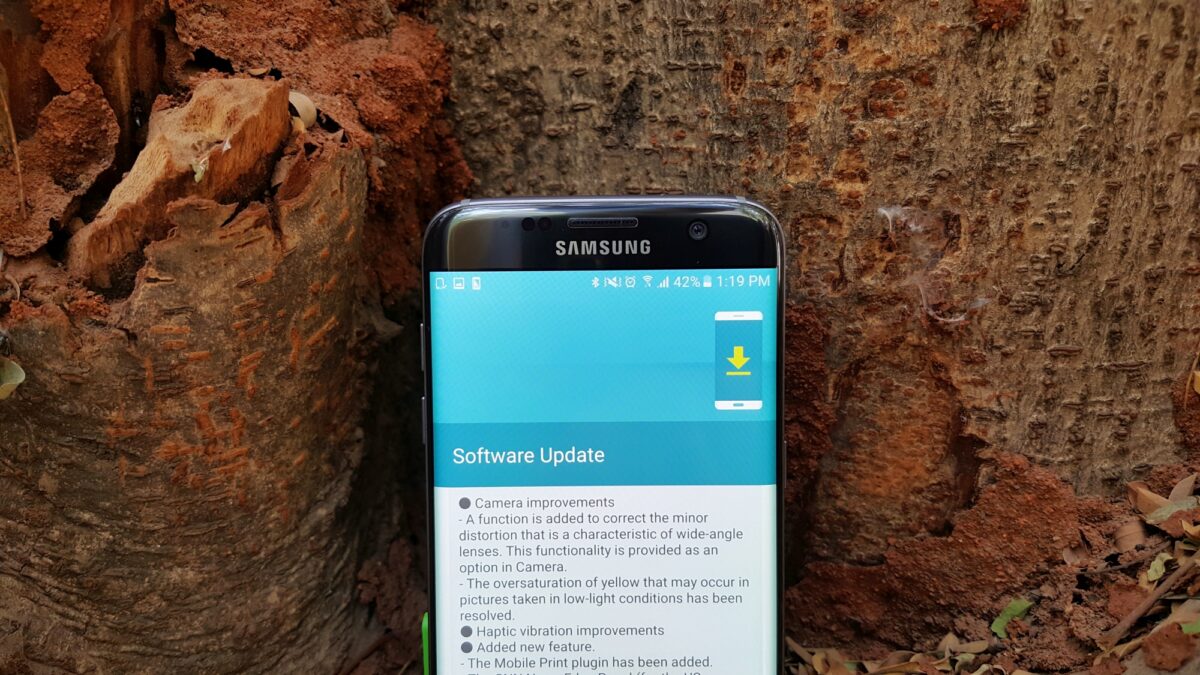 Samsung started pushing out an update to its latest flagships earlier this week, with a changelog that mentioned better palm rejection and the addition of a new camera feature for shape correction. The same update has made its way to India today, and oddly, the changelog for the Indian variants of the Galaxy S7 and Galaxy S7 edge have a considerably larger changelog. It’s longer than any changelog we can remember in the last year or so for any Samsung device, with both new features and fixes for issues mentioned.

India gets the shape correction feature for the camera as well, but the changelog also mentions that the oversaturated yellows in low-light photos – something we had noticed while taking pictures – won’t be present anymore. Haptic feedback vibration has been improved, a Mobile Print plugin has been added, along with a new CNN News panel for the Edge screen on the S7 edge. A lot of bug fixes are present, including one for data connection failures when “Bluetooth and Wi-Fi are connected the same time”, a network reconnecting error, automatic reboots, and “invalid repetition of recent key input.” Power consumption for the compass has also been reduced.

It’s unclear if this changelog is specific to the Indian variants/variants of the devices in some regions, or if it is a part of the update everywhere and Samsung just forgot to mention it. The CNN News Edge Panel is present on the S7 edge in Germany as well, so it is certainly possible the same update has been pushed out everywhere. Either way, this update should drastically improve the user experience on what are already the best smartphones we’ve seen this year.

Had the same changelog for the update on your Galaxy S7 or Galaxy S7 edge? Let us know what region you’re in in the comments down below.