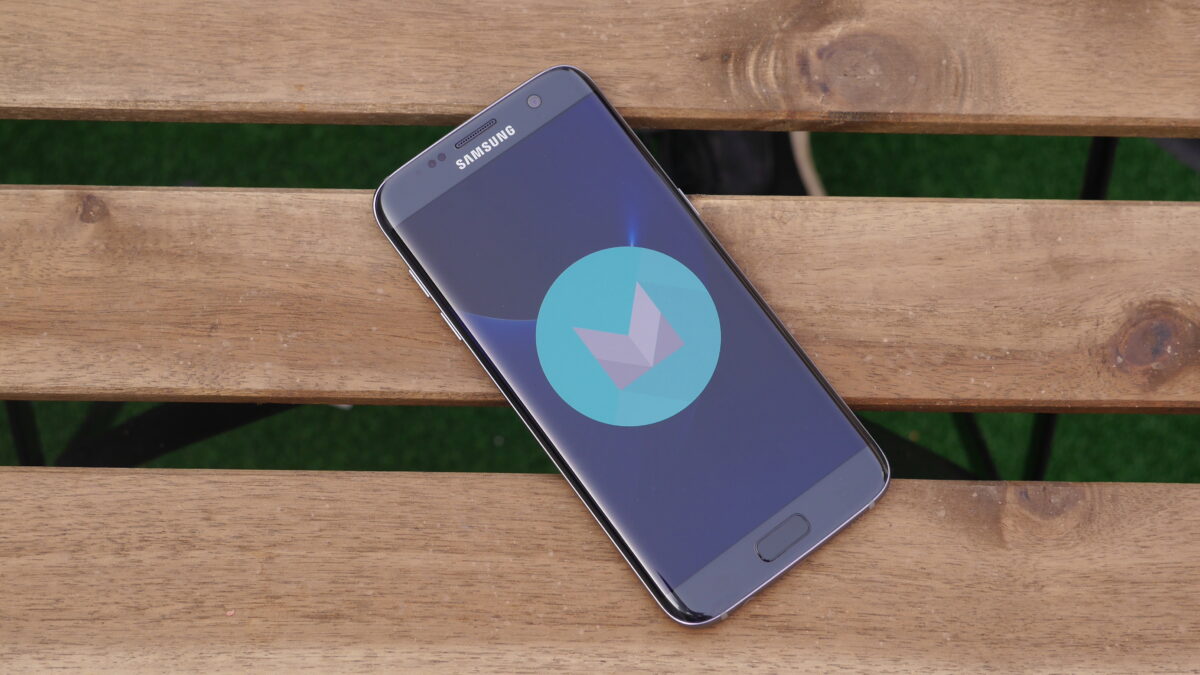 In what is a good sign that Samsung deliberately delays updates for existing devices until a newer flagship goes on sale, the Galaxy S6 is beginning to receive the Android 6.0 Marshmallow update in India. The Galaxy S7 and Galaxy S7 edge are slated to go on sale in the country tomorrow, which makes it extremely fishy that the Galaxy S6 is getting the update today. It’s certainly what we have suspected, though this could just be us venting out our frustration on Samsung’s slow update rollout.

The update for the Galaxy S6 in India is nearly 1.2GB in size, and it should also be rolling out to the Galaxy S6 edge in the coming days. You can expect the same features and changes as Marshmallow for the device in other regions, such as Google Now on Tap, advanced app permissions, Doze, an updated interface, a new Samsung browser, cross-app functionality, and small things like the ability to disable fast charging and more convenient quick toggles access.

The notification for the update seems to be reaching users’ devices in India today, but it can be a few days before your device gets in line. Try checking for the update in the Settings » About device » Software update menu; the firmware doesn’t seem to have become available on Smart Switch yet and hasn’t hit our firmware section either, but we will update this article once that happens.

Have you received the update? Let us know in the comments!

Update: The Galaxy S6 edge and Galaxy S6 edge+ are also getting Marshmallow in India, with a similar-sized over the air update. You can also grab the firmware for the S6 and S6 edge from our firmware section. 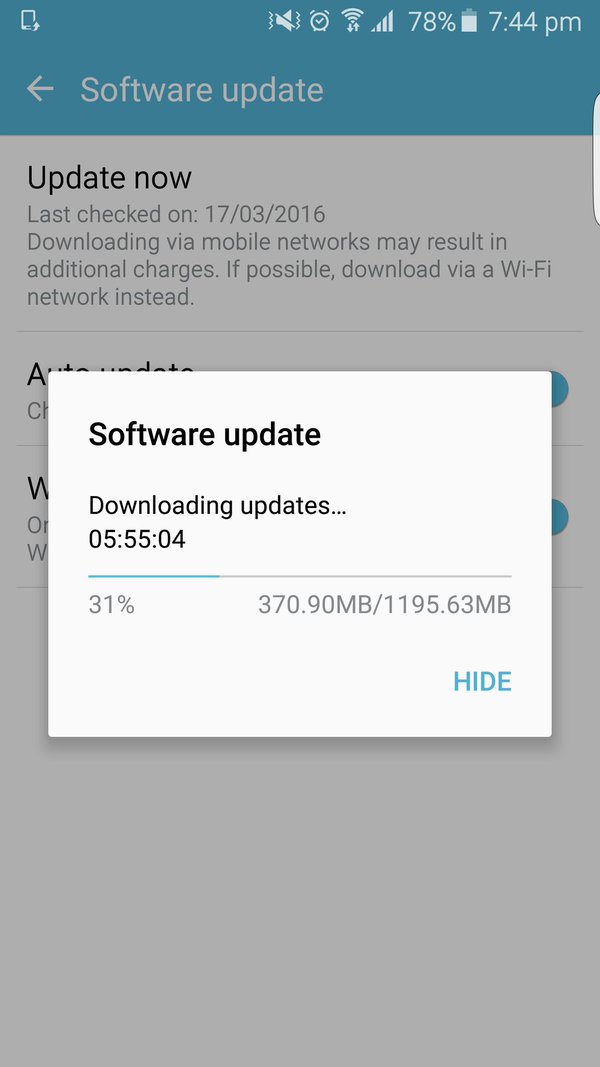 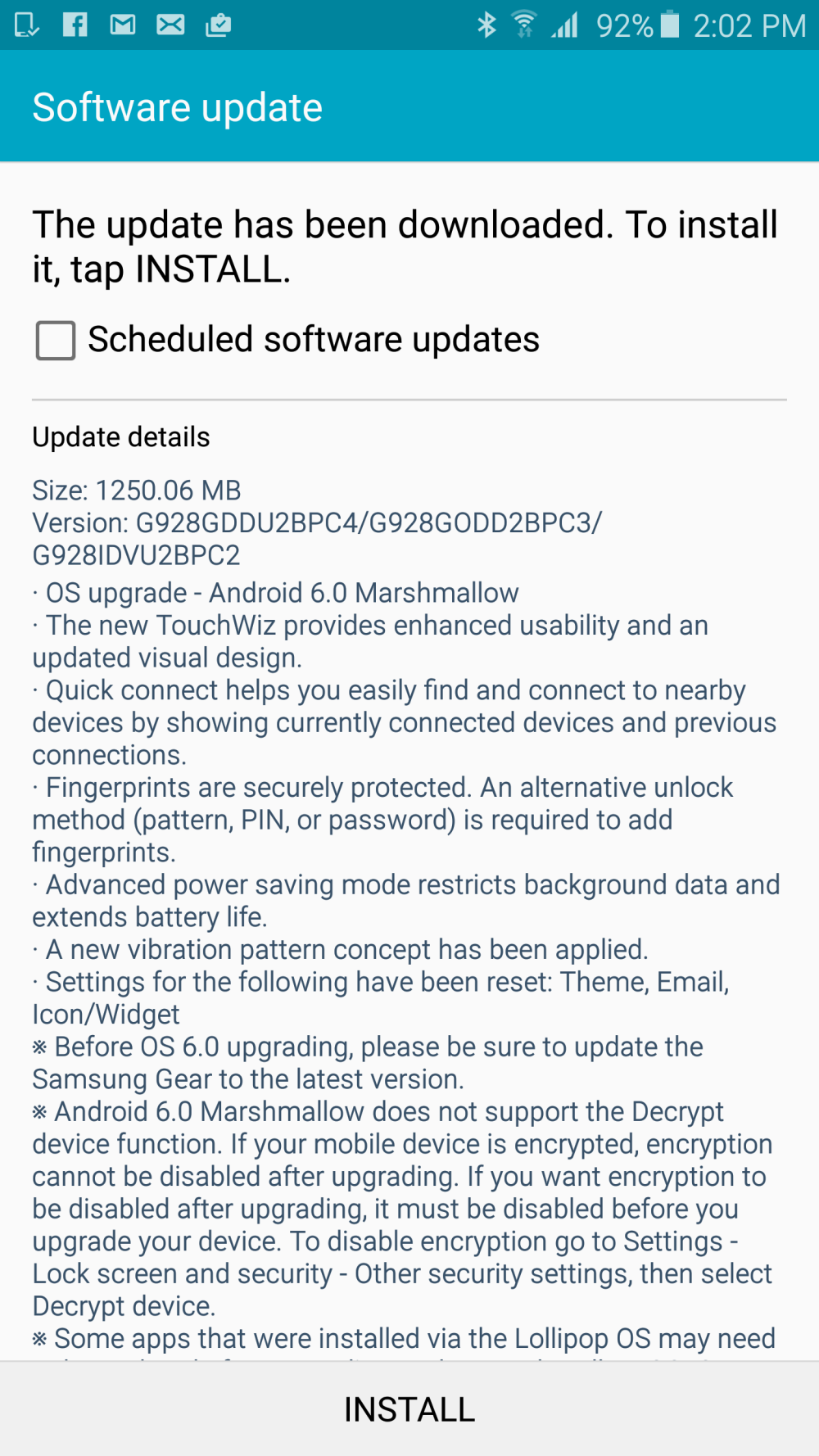