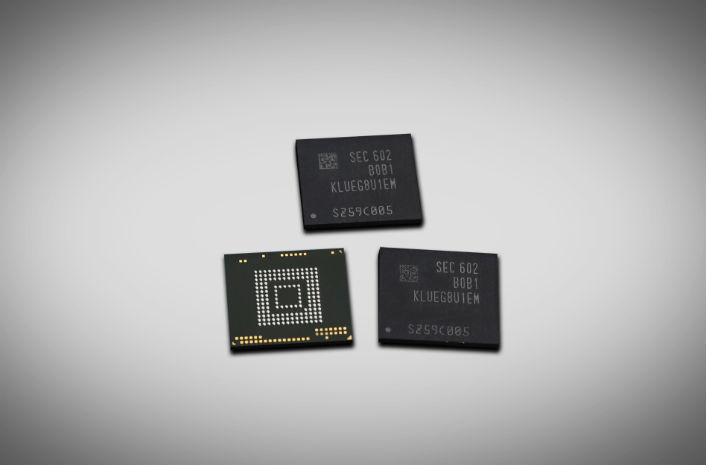 Samsung Electronics today announced that it has started mass producing the industry’s first 256GB embedded memory based on the Universal Flash Storage 2.0 standard, for next-generation high-end mobile devices. The company says that this newly introduced flash memory provides performance that exceeds that of a conventional SATA-based SSD for PCs.

Samsung’s new UFS memory provides ultra-fast speed and large data capacity in a compact size ship. The flash memory is based on Samsung’s V-NAND flash memory chips and features a high-performance controller. It’s capable of handling up to 45,000 and 40,000 input/output operations per second for random reading and writing respectively, it’s over two times faster than the previous generation of UFS memory. The 256GB UFS uses two lanes of data transfer for sequential reading to provide speeds of up to 850MB/s, nearly twice as fast as a typical SATA-based SSD in PCs. It supports up to 260MB/s in sequential writing.

This enables the 256GB UFS memory to support seamless 4K video playback and multitasking functionality on large-screen mobile devices, like watching a 4K movie on a split screen, while also searching for image files or downloading video clips. Mobile devices featuring the new 256GB UFS 2.0 memory from Samsung will arrive later this year.