AT CES 2016 Samsung has announced a premium external solid state drive that small enough to fit in your palm. The Samsung Portable SSD T3 offers multi-terabyte storage, it features Samsung’s proprietary Vertical NAND and SSD TurboWrite technology. The product follows the launch of the Portable SSD T1 last year, several upgrades have been made to the T3 based on the feedback and needs of customers. Capacity options for the T3 SSD include 250GB, 500GB, 1TB and 2TB while promising sequential read and write speeds of up to 450MB/s with a USB 3.1 interface.

This product has been designed with portability in mind, it’s compact, lightweight and durable. It’s smaller than an average business card and weighs about 50 grams. The Portable SSD T3 also has a shock-resistant metal case and internal frame that protects it against up to 1500G of force, it can also survive a drop of up to two meters. The Samsung Portable SSD T3 is going to be launched first in select European countries, China, Korea, the United States next month before it’s released in other countries across the globe. 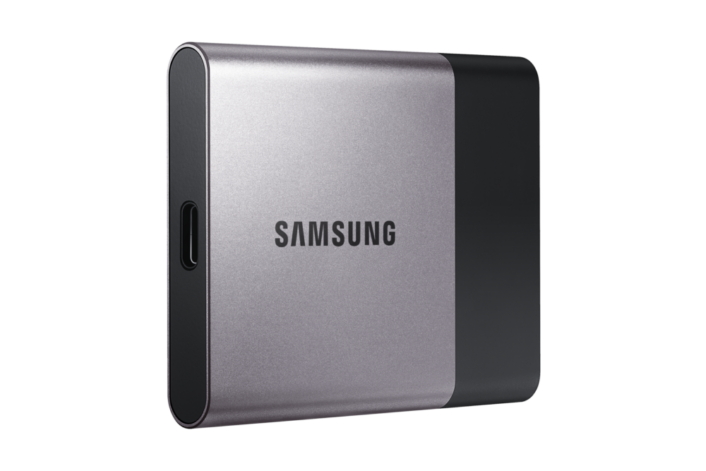