Samsung has released a software update to the Galaxy S6 edge in the Nordic countries and in Israel (Orange and Cellcom) with build numbers G925FXXU3QOKD and G925FXXU3COJ1 respectively. The update has been released for the SM-G925F, and the new firmware brings VoLTE and VoWiFi features to the devices in the Nordic countries. However, these features will have to be activated by carriers in these countries.

The update, which has a file size of 83.76MB, will be rolled out over the air. However, you can download the new firmware file from our firmware section, and install it manually using Odin. The update also brings in security and performance enhancements to the device. If you’ve installed the update already, let us know how the new features work on your device. 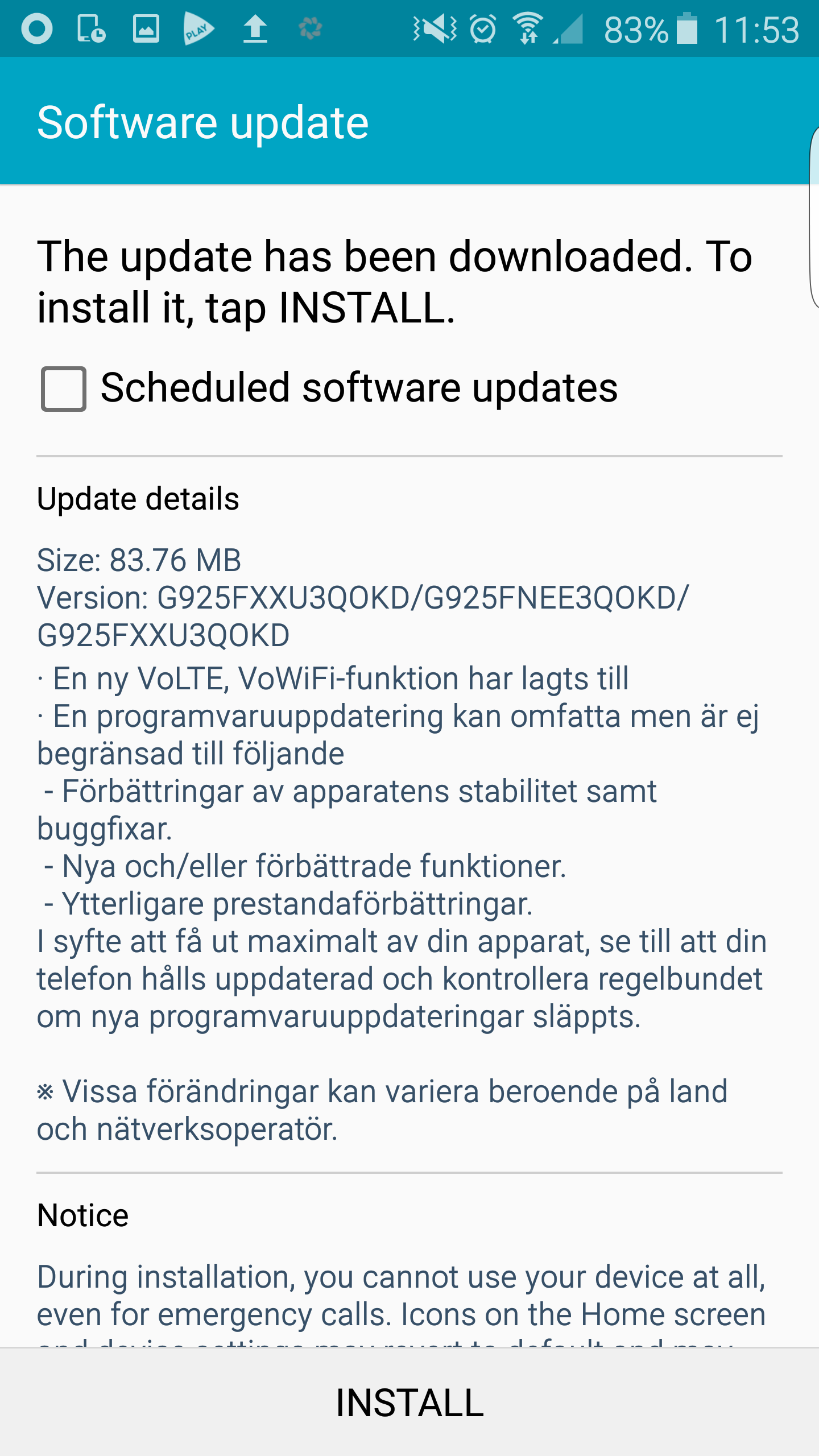