Samsung isn’t a manufacturer with the most clear conscience, having taken inspiration in design from its Cupertino competitor a few times in the past. But the Korean company has also seen many of its own phones getting 100 percent clones over in China, with the infamous Goophone often coming out with knock-offs of Galaxy flagships soon after they were announced by Samsung.

Well, the Galaxy Note 5 is the latest target of the photocopiers in the world’s most populous country. Local manufacturer UMi is gearing up to launch a device called ROME, and a picture of the phone published by Phone Arena makes it clear where the design has been lifted from. The ROME even has the same curved sides at the back, and a similar looking camera module. The golden paintjob on the phone is similar too, and it’s one of the nicer Galaxy clones that we’ve seen.

It might have a copied design, but the UMi ROME does seem to have an important weapon to attract consumers: The phone apparently comes with 3GB of RAM at a price of $90. It’s not a high-end phone though, and it will be very interesting to see how this thing looks from the front when UMi launches it next month. 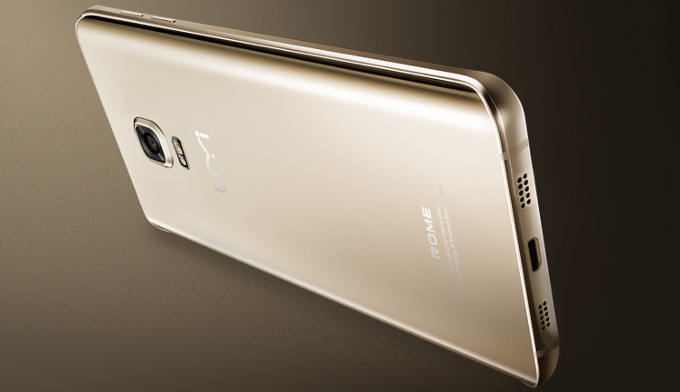