Samsung recently opened up its S Health app to non-Galaxy smartphones and tablets, and it has now published an update to the app that brings support for Android 6.0 Marshmallow. Android 6.0 is only running on Google’s Nexus phones and the HTC One A9, but it seems Samsung wants to be prepared to support the new version of Android right from the very beginning (or maybe it’s planning to update its devices to Android 6.0 in the very near future, but let’s not get too hopeful.)

The update brings a couple of new features as well, including automated visual tracking of bedtime and wake-up time based on sleep patterns, the ability to search for Bluetooth and ANT+ accessories, and more convenient route guidance when you’re cycling on a selected path. The Play Store doesn’t seem to be showing the update yet, but this should change soon as the newest version of S Health was published on the Galaxy Apps store two days ago.

Grab the update from the Galaxy Apps store if you’re a Samsung device owner, or wait for Samsung to publish it to the Play Store. 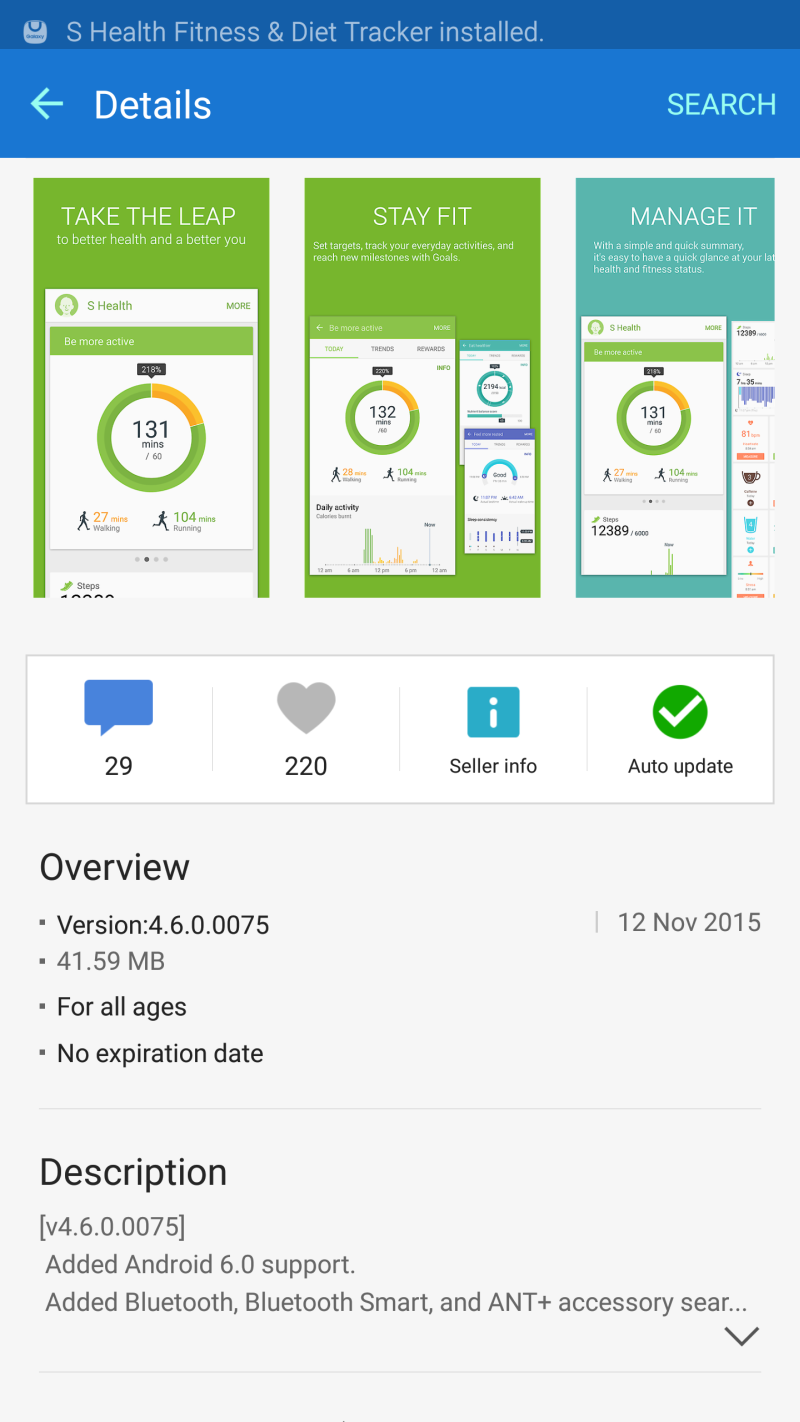