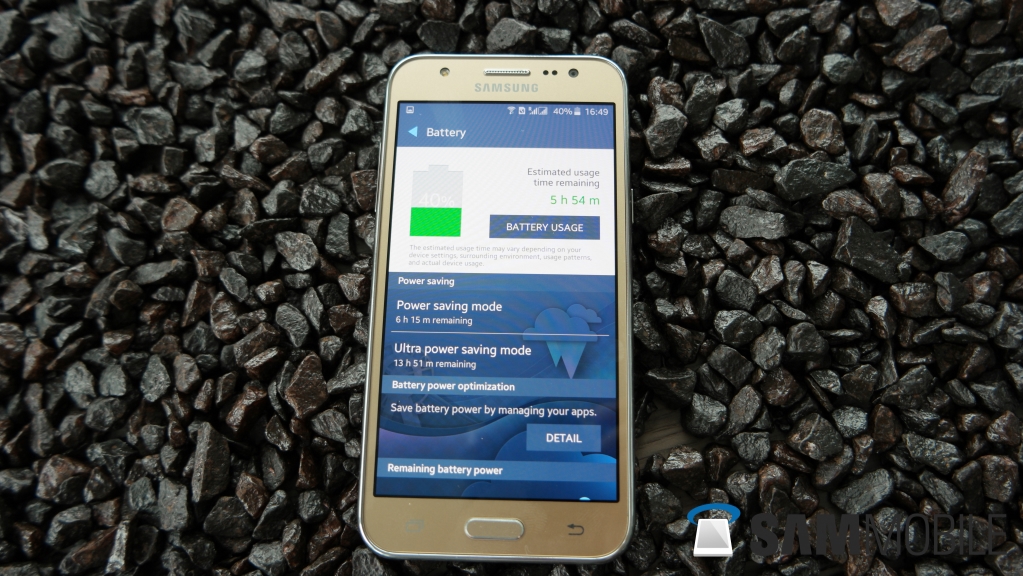 This year has been a bad one for flagship smartphones, with almost every device having launched with Android 5.0 Lollipop suffering from battery life ranging from poor to slightly above average for most. Everyone was quick to blame the relatively small batteries on the Galaxy S6 and Galaxy S6 edge for the disappointing endurance, but even smartphones with bigger batteries – like the Asus Zenfone 2 or the LG G4 – have suffered from the same issue.

Android 5.0 Lollipop has been a common thing among all the smartphones that can’t last very long, and this includes devices that have been updated from Android KitKat. Even the Android 5.1.1 update for the S6 and S6 edge didn’t exactly improve battery life for everyone, but our recent experience with Samsung devices that run Android 5.1.1 out of the box has been very positive.

We have been using the Galaxy A8 and the Galaxy J5 for a couple of weeks now for review, and both phones have displayed impressive endurance both during use and in the idle state. Neither phone takes more than two to four percent of charge when left idle overnight (the J5 sometimes loses only 1 percent over 7-8 hours), and we have managed to get more than four hours of screen time on each with over a day of total standby time (again, the J5 is the source of this example, with 4 hours of screen time plus 1 day and 16 hours of total standby time.) Those power saving modes Samsung builds in? We’ve had no reason to use them, with the phones only entering standard power saving mode on their own after reaching 15 percent charge.

Every so often, a new version of an operating system is either too complex or so poorly developed that manufacturers can take time to properly implement it on their devices. Lollipop has surely been one such version of Android, but it seems the recent crop of smartphones with Android 5.1.1 out of the box have finally fixed what has been a major nuisance for a major part of this year. It’s not just Samsung devices that have benefited – phones like the Moto G 3rd Gen and the OnePlus 2 have also been praised for doing pretty well when it comes holding their charge over the course of a day.

The latest proof is the Galaxy Note 5, which has outlasted its predecessor in battery tests despite sporting a smaller battery (of course, the newer processor and other optimizations also help.) Overall, it seems Android OEMs have finally gotten a grip over the battery life issue. It’s taken a while; many consumers cannot afford to switch to newer devices right away if they’ve already spent on a phone from earlier this year, but it does seem like the bad battery life phase for Android Lollipop-powered smartphones is finally at a much welcome end.

P.S.: The Galaxy A8 and Galaxy J5 have more than just good battery life on their lists of pros, so stay tuned for our reviews of both smartphones in the coming days, along with reviews of the Galaxy Note 5 and the Galaxy S6 edge+.