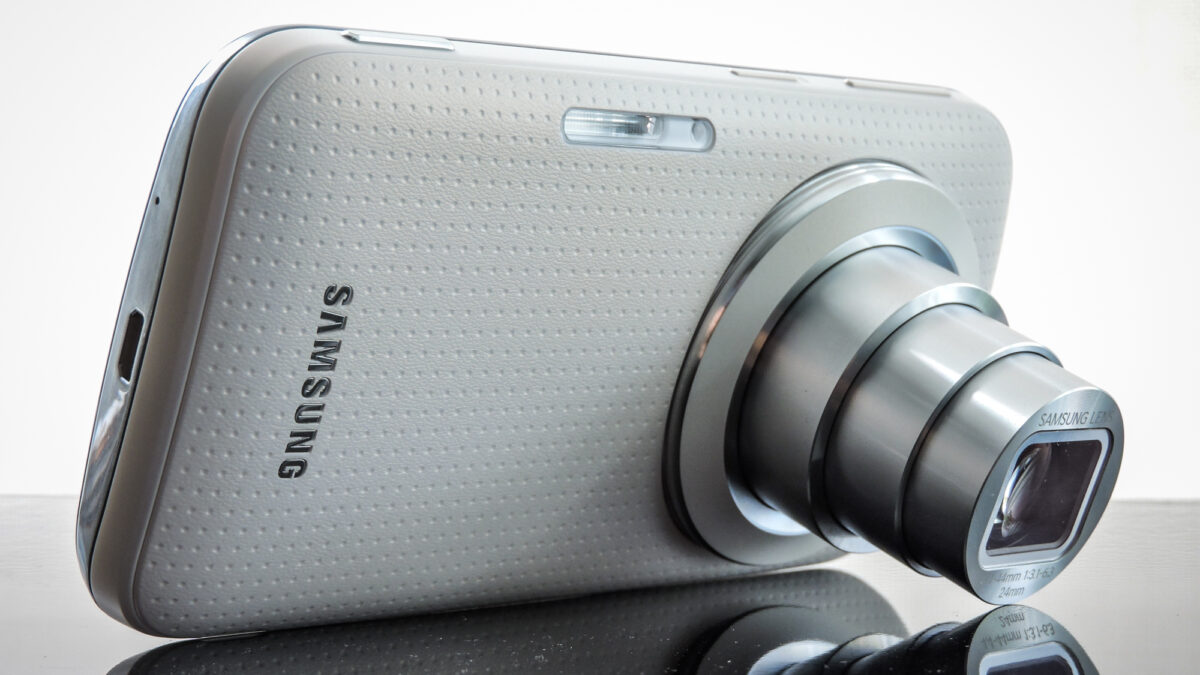 According to Samsung Mobile UK the Galaxy K Zoom will not be upgraded to the latest iteration of Android OS. Released last year the handset is still running on KitKat. The reason why the Galaxy K Zoom won’t be getting Android Lollipop is unknown right now, but it could be that the hardware is outdated and it makes it difficult for the software to operate.

Galaxy K Zoom is a special kind of device. It’s one of Samsung’s devices that feature a microSD memory card slot which allows expansion by up to 64GB. The device was made with extreme camera performance in mind which is why the Galaxy K Zoom packs an impressive 20.7MP primary camera with 10x optical zoom, OIS, Xenon & LED flash and more. Other tech specs include a 4.8-inch display with Gorilla Glass 3 and a hexa-core Exynos 5260 SoC which is allegedly one of the reasons why the phone won’t be getting Lollipop.

Samsung may release an updated version of the Galaxy K Zoom at some point and a design patent recently awarded to the company hints at design revisions for this device. Published by the US Patent and Trademark Office these patents only give us a look at the possible design of an upcoming device, and don’t […]

Last year, Samsung introduced the Galaxy S4 zoom, a phone and camera hybrid that was bulky but boasted a high-resolution 16-megapixel camera sensor with 10x optical zoom. The S4 zoom was more of a camera that you could use as a phone, and was mainly intended by Samsung to try and create a new market. […]

The Galaxy K zoom, the camera-cum-phone sequel to last year’s not-so-successful Galaxy S4 zoom, is currently up for sale on eBay’s Daily Deals for $450. That’s an approximately $100 discount on its standard price on retailers like Amazon, making it one of the best deals we’ve come across, even if the Galaxy K zoom might […]

The Galaxy K zoom, Samsung’s latest cameraphone, will soon be launching in India, and it will be exclusively sold by Amazon India. It’s a surprising move, considering Samsung’s devices are usually as widely available as possible given the company’s immense resources and marketing might, but we’re guessing the exclusivity on the Galaxy K zoom might […]

One of the most awesome features of Samsung’s Galaxy zoom range of camera-centric smartphones is the optical zoom capability of the camera, with both the Galaxy S4 zoom and Galaxy K zoom sporting 10x optical zoom. To allow users to better use the optical zoom feature, Samsung has teamed up with Twitter to create a […]