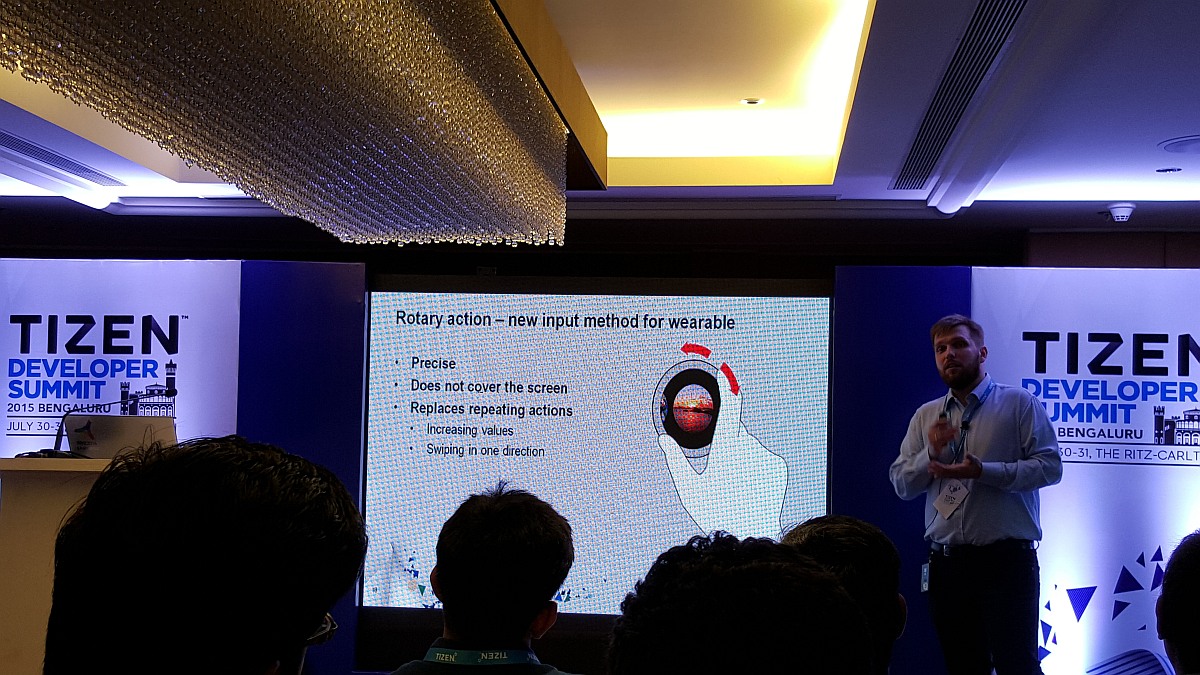 At the Tizen Developer Summit 2015 in Bengaluru, India, Samsung talked a lot about its upcoming round smartwatch. It didn’t actually reveal the watch itself, but it did repeat numerous times that the Orbis/Gear A will feature a rotating bezel ring that will allow users to use the watch without covering up the entire screen. Well, an interesting thing Samsung revealed about the bezel ring is that it will also enable users to do a limited amount of gaming.

Samsung used a vertical scrolling game as an example, with the player character moving left and right on the screen through the rotation of the bezel ring. The ring will have 24 steps for precise control, and we can totally see such games (vertical scrollers) being playable on the small screen. Titles like Radiant and XGalaxy on the Play Store are games that see users simply controlling an auto-firing ship or jet, and these are the kind of games that developers could adapt for the smartwatch’s display.

Of course, gaming on a smartwatch is far from the ideal thing to do, but again, it’s a good example of how the bezel ring will open new avenues of navigation on a watch that Samsung is taking a lot of time to perfect. Would you play games on your smartwatch, or do you think the smartphone is still the best for whiling away time on gaming?